In Memory of Lucy Dobies 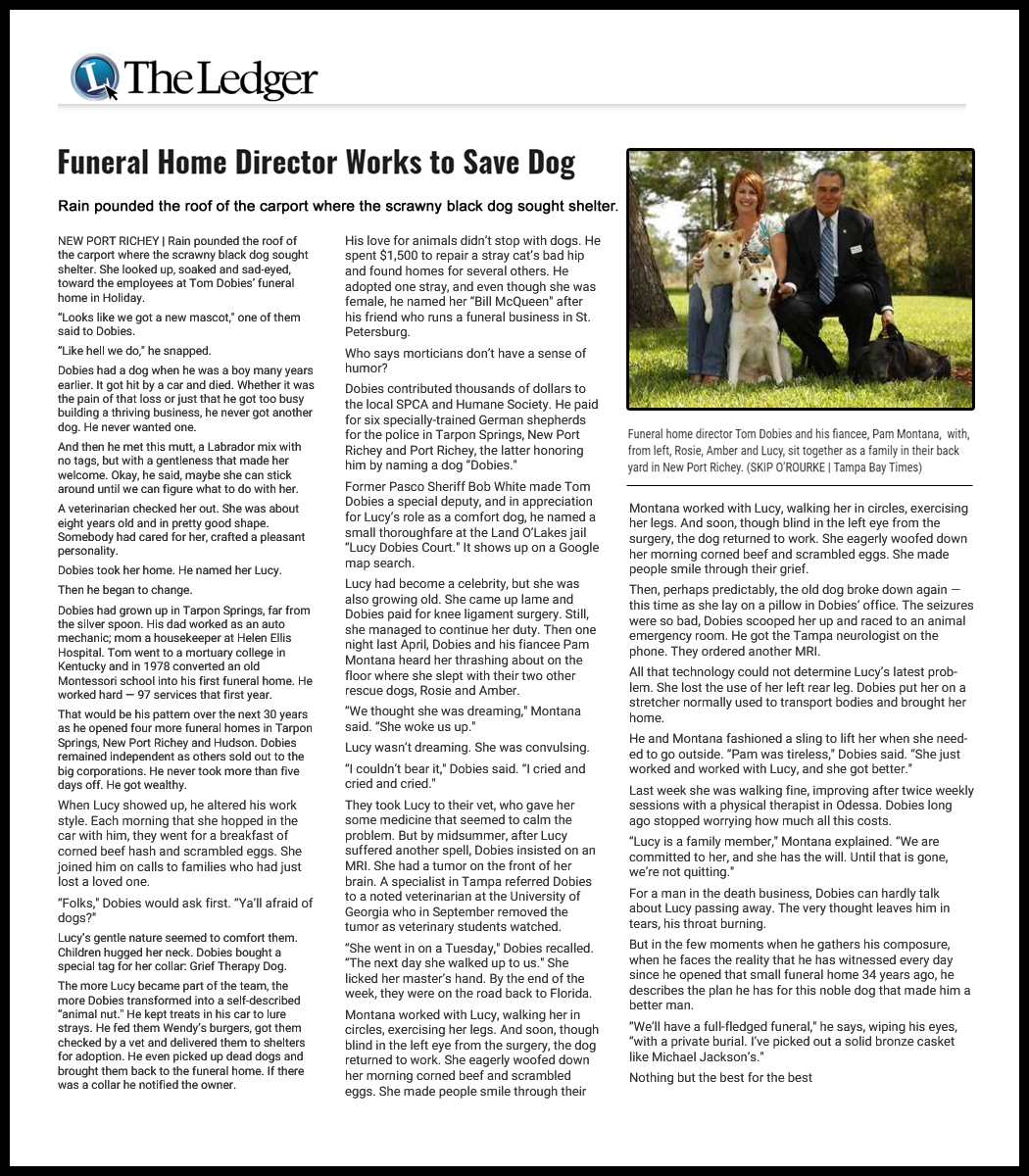 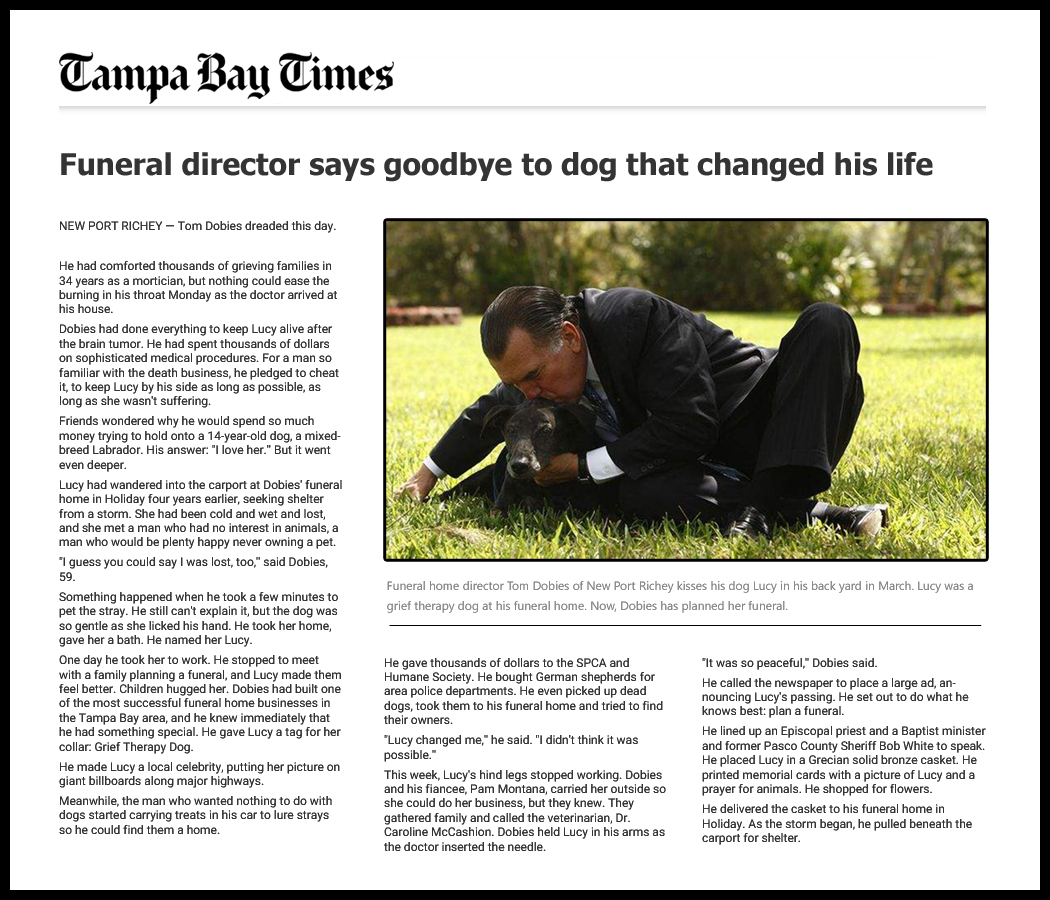 What an absolutely amazing life, love story. A true friend but most of all a family member. My Isaiah was 18 when I had to hold him in my arms as he went to heaven. The moments before are forever burned into my heart and soul. What Isaiah did was something that movie scenes are made of. We think we are helping them but they are helping us, changing us. His Hannah and my Hannah was 17 when she passed at home. They had one puppy together and his name is Shiloh he is now 8. He sits and looks at their urns and whimpers. He brings out their favorite stuffed animal toys on occasion. Shiloh remembers them even to this day. We can’t put a price tag on the love between family and friends because it is priceless…

I’m not that much of a internet reader to be honest but your blogs
really nice, keep it up! I’ll go ahead and bookmark your website to come back
in the future.
Cheers

Momo was a black and white shaggy mutt. He enjoyed the run of our large fenced yard but his greatest joy was chasing a female squirrel whose nest was in the maple tree next to the garage. My husband Andrew fed the squirrel and I christened her “the girlfriend.” She would tap on the kitchen slider looking for peanuts and as soon as Momo realized she was there, he would come zooming from wherever he was and chase her around the yard. The chase ended with the girlfriend running up the tree, hanging upside down and chittering, taunting Momo. This went on for years. One day, I noticed Momo looked bloated. I took him to the vet and the news was not good. I didn’t have the heart to put him to sleep. The vet assured me he was not in pain, gave me some medicine and I took him home. Soon it was mid August. I was sitting in the kitchen with the slider open and Momo wanted to climb in my lap. I cradled him in my arms and patted him. Suddenly, I noticed the girlfriend. She slowly walked into the kitchen, came up to us, stood on her hind legs and put her paw on his. She slowly turned and left the kitchen. Momo jumped off my lap, went outside, lay down in the grass and died. She sensed his end and said her goodbye.