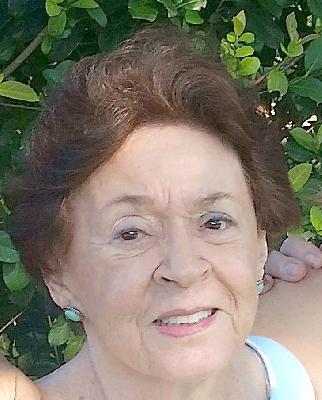 Fabulous cook and lover of life. Gracious hostess and beautiful woman. She has left this place but not without reveling in every sight, sound and sensation this world had to offer a decent woman. She touched the lives of her children and friends alike and has left a legacy of love.

Her ability in the kitchen would be hard to better. A cross stitch artist, painter and woodcrafter, a hobby that cost her an index finger above the first knuckle. She used her injury to entertain great grand children by putting the stub to her nostril making their laughter fill the house. She was also a lover of birds and animals, Bourbon, Professional Boxing and men in shorts.

Alice Ann Enders was born May 14, 1932 in Yale Michigan. She married the love of her life Alexander Ganich in 1953 upon his return from the Korean War. They started their life together on a farm in Capac Michigan where they had two daughters and a son. Al worked for the Chrysler Corporation. Eventually selling the farm they moved to various locations at the behest of Chrysler including Newark Delaware, Jacksonville, Orlando and finally Winter Garden Florida.

Alice worked at the Confectionery and Tobacconist Shops on Main Street at Walt Disney World in itâ€™s early years. She and Al built two beautiful homes, the first near Windermere Florida on the shores of Lake Sawyer and the second among the orange groves of West Orange County where they started Oak Hollow Nursery. Alice put her green thumb to work in the nursery with or despite the help of grand daughters Chelsea Anna Smith and Ami Hughes. Surrounded by cats and with her faithful dog Maggie at her side, she nurtured the plants Al would sell to local retailers.

The late 80â€™s found Alice and Al departing the Sunshine State for a 3 year residence in North Carolina near the town of Murphy.

Their retirement years were not a time to settle in for long. They lived in Spring Hill, Sun City, Port Charlotte, Florida and then Gulf Port Mississippi. While in the latter, Hurricane Katrina approached and Alice, fresh off a knee replacement surgery, gamely evacuated with Al to Palm Harbor Florida to wait out the squall with one of their daughters. Their home came through the storm with barely a scratch.

Their next move brought them back to the Sunshine State. They lived in Venice Florida near their son who was finishing up a career with the Collier County Sheriffs Office. He provided them a grandson, Jared. Alice and Al eventually moved to Dunedin Florida near their oldest daughter, grand daughter and great grand children.

In the last few years Alice was aware that bit by bit memory was failing her in the short term. She didnâ€™t kid anyone least of all herself, declaring to her daughtersâ€¦â€I know what is happening, I see whatâ€™s coming down the road and we canâ€™t stop it. We are just going to have to roll with it.â€ And roll she did. Leaving love and laughter in her wake.

She was fortunate enough to have been in the presence of the entire family she and Al created and lifelong friends Pat Hughes and Barbara Merola, within days of her passing.

We will miss you Alice but your legacy lives on in the generation of Amiâ€™s children Skylar, Gavin, and Jax and Chelseaâ€™s daughter Aurelia Anne Strynkowski. We love you mom, thank you for your patience, grace and beauty but most of all your love. If making donations in Alice's memory please consider Hospice or Alzheimers Foundation of America.