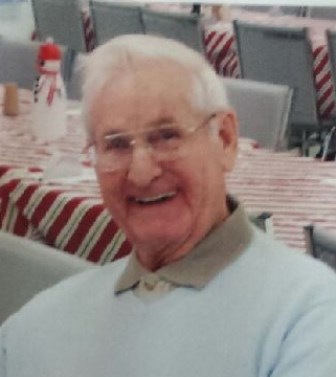 Green, Burton W., 86, passed away peacefully at home July 12, 2018 surrounded by his loving and devoted family. Burton was born in Sayre, PA on August 2, 1931 to Morgan and Francis (Greer) Green. He attended Sayre area schools where he met the love of his life, Joan (Jura) Green. He served in the Army in Japan for four years. They were married in 1954. He is predeceased by his parents, his five brothers, Donald, Bill, Larry, Jeff and Morgan (Bud); two beautiful sisters, Phyllis and Betty; and his beloved mother and father-in-law, Louie and Elsie Jura. Burt is survived by his loving wife of 63 years, Joan; daughter, Debby (Joe) Messana; three grandchildren, Nicholas, Christopher and Marissa; son, Tim (Renee); four grandchildren, Jennifer, Christina, Timmy and Ethan; five great grandchildren, Austin, Tristan, Breyton, Noah and Blake; loving sister, Norma Lynch of Sayre, PA; and several nieces and nephews. Burt was a family man who believed family was everything. He was strong in his faith. He was also very involved in his community. He was a lifetime member of the FB Peck Hose Co. in Waterford, NY and served as president and chaplain. He was a lifetime member of the Cohoes Waterford Elks serving as chaplain for many years. He was also a member of the American Legion Post 335 in Hudson, FL. Burt will always be remembered for being a loving and caring husband, father, grandfather, great grandfather, brother and friend. In lieu of flowers, donations may be made to the FB Peck Hose Co., 85 Saratoga Avenue, Waterford, NY 12188 in Burton Green's name.

Joannie, my thoughts and prayers go out to you and your family. Burt will surely be missed.
Sincerely, Bill Shaffer

Joan & family we send our condolences & prayers. We are ever so thankful for the memories and pray that your heart & mind will recall them as they bring a smile to all our faces. Burt was an outstanding gentleman.

Joan,Tim and family,
So sorry to hear about the passing of Burt. Cherish all the great memories and let them help you through this difficult time. Truly a great man!!!

In Sympathy and Friendship
Jim and Donna Robitaille

John and Christine Roylance (My Friend)

Sad day. So sorry to hear this. God bless him and those that feel this loss.