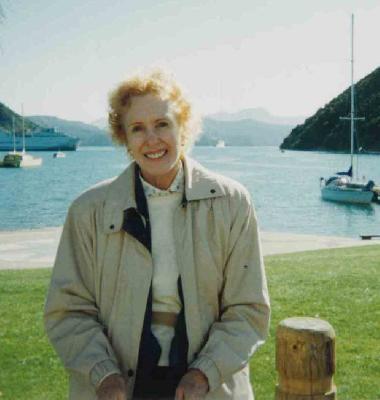 Carole Keough has passed away and is now with the Lord. She is survived by her husband of 63 years, Lawrence E Keough, a former Circuit Judge, three sons and their spouses – Larry and wife Jackie, Michael and wife Lisa, Timothy and wife Melissa; ten grandchildren: Joel, Ryan, Kyle, Mary, Sara, Kayli, Meghan, Michael, Casey and Shaina; one great granddaughter, Dakota, a granddaughter in law Emily and two grandsons in law, Joey Grant and Nick Dendor. Additionally she is survived by one brother, A. Thomas Richards and his wife, Suzi, two nieces, a nephew and cousins.

Carole was born on July 12, 1934 and raised in Sharon, Pennsylvania, the only daughter of Arthur and Pauline Richards. She attended public schools and then attended and graduated from Penn State University with a teaching degree. She became employed as a third grade teacher in Mercer County, PA until her marriage when her husband enrolled at Stetson College of Law in Gulfport, Florida. Following his graduation, the couple resided in St Petersburg until he was appointed to the bench and assigned to Pasco County. The family moved to Land O' Lakes FL in 1975.

Carole was active in St. Petersburg in various volunteer capacities including work at what was then All Children's Hospital where she routinely served with the Women's Auxiliary. In Land O' Lakes, she was a Eucharistic Minister and volunteered in the office at Our Lady of the Rosary Catholic Church where she was a member for 44 years. For a number of years, she was a substitute teacher at Land O' Lakes High School.

A private family memorial mass will be held at Our Lady of the Rosary Catholic Church.