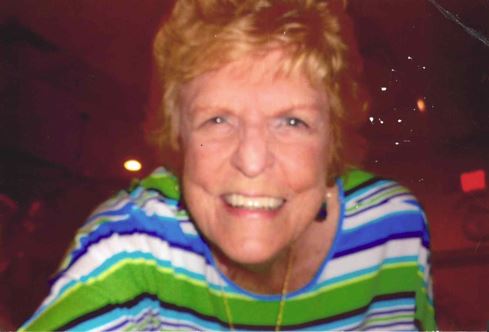 Dolores Herzog, 91, of New Port Richey, Florida, passed away on November 21st, 2022. She was preceded in death by her beloved parents, Marion and Jesse Westburgh; daughter, Dolores; and brother, Eugene. She is survived by her sons Fred and Curtis Herzog; two siblings Geraldine Sheridan and Jesse Westburgh; dozens of adoring nieces, nephews, and cousins; and her loving companion of 32 years, Scott Jordan, his two children, and their shared four grandchildren and three great-grandchildren who endearingly called her Mema.
Dolores was a beautiful, extremely talented, loving, passionate, opinionated, and generous woman who touched the hearts of so many people. She will be missed and always remembered. Her passing was peaceful and our spirits are lifted knowing that she is now in the arms of The Lord and with her long-missed family and friends. She loved to travel and cruise, which took her to such locations as Alaska, Hawaii, and other exotic islands, traveling to many national parks by car and visiting various countries. Entertaining numerous family and friends at home was a continued pleasure for her. But her greatest passion was nursing.
Dolores had always wanted to be a nurse, despite the fact that her mom kept telling her she hated the sight of blood. She waited until Fred, Dolores, and Curtis were raised, and then she headed off to Nursing School. She obtained a Bachelor of Science in nursing and specialized in critical care. One of her first jobs in nursing was in private nursing for a young physically challenged boy named Georgie, whom she adored. After his passing, she went to Castle Point VA Hospital and worked with para- and quadriplegic soldiers for 10 years, that’s partly why she always complained of back pain. After leaving there, she worked at some hospitals in and around her area.
In 1989, the sand, palm trees, and her family reached out for her to join them in Florida. She worked for some area hospitals and stayed at Bayonet Point Hospital in Hudson, where she worked in the cardiac care unit in telemetry. While working a shift in the ER, she fell while pushing a patient, and injured both knees, ending her “On Your Feet Nursing” for 12 hours a shift. She then went to Hospice serving as a nurse to homebound patients. This suddenly changed when, while working, she was tail-ended in a car accident, further injuring her back and thus ending her nursing career. These mishaps over the years never deterred her from doing the continuing education to keep her nursing license up-to-date. She had always said that she would go to her grave with her license. I often praised her for, when working in the telemetry cardiac unit, that she worked as hard as she could to get patients “ready to go Home”! Then, when she went to work for Hospice, she got people “ready to go HOME!”
Dolores, ultimately, succumbed to congestive heart failure with less than a 25% ejection fraction. I told her it was because she gave all of her heart to all of those patients over the years and not enough was left for her.
We ask that in lieu of any flowers and the like, you to consider making a donation to the American Heart Association http://www.heart.org/HEARTORG/ or any other similar charity. Thank you for all of the love and friendship you have shared with her.

This picture was taken by our niece Tracey’s daughter AnnaLynn while cruising out of a Port in the Caribbean. She had asked Dolores if she could look at her camera, no phones back then, and proceeded to take this from below the chair Dolores was sitting on. We laughed a out it being the best picture of her ever.
Needless to say I miss her already and am saved by knowing she is in God’s hands now. Love to all, Scott Jordan

Such beautiful, loving memories to last a lifetime. She gave ger heart to everyone she touched. Love Lynne

Love you Dolores! You’ve been in my life since I was a little kid. I cherish every moment I’ve ever had with you! You are an amazing person! Love you!