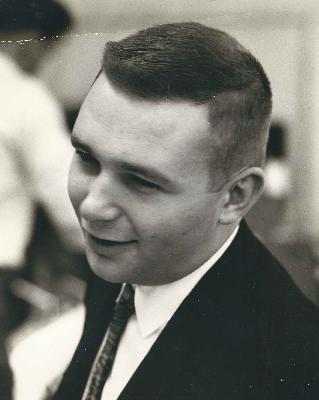 Don proudly served his country from 1960-64 in the US Navy as an Aviation Machinist Mate 3rd Class during the Cuban Missile Crisis.

In the weeks preceding his death, Don recalled how much he enjoyed his careers as a home builder, waste management executive, and kitchen designer. He said he was blessed to make a living through jobs he had so much fun doing.

He loved to watch sports, especially the Washington Redskins, Tampa Bay Rays and Lightning. By far his favorite pastime was fishing which he spent much of his time doing throughout his life.

Don was proud of the many years he volunteered in the Lake of the Woods Optimist Club in Locust Grove, Virginia, including his two terms he served as President.

Don made a tremendous and lasting impact on everyone in his life. He will be remembered for always putting otherâ€™s needs before his own. Don will forever be loved and missed.

He is preceded in death by his parents John and Stella Calus.

As per his request, a memorial will be privately held by family members.