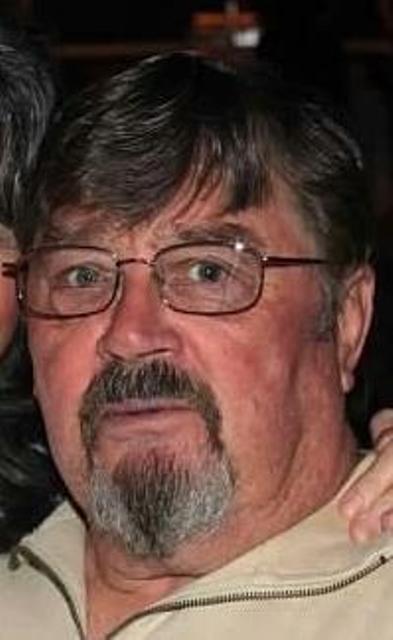 In Memory of
Douglas K. Crary

Douglas K. Crary, 80, passed away peacefully on January 9th, 2019 in New Port Richey, Florida. He was born September 4th, 1938 to Milton and Dorris Crary in Lone Rock, Wisconsin. Doug spent much of his childhood on the Hood Dairy Farm, often stealing the cream off the top during milking. After graduating from high school Doug enlisted in the United States Marine Corps, which he proudly served for 4 years, 2 days, 12 hours, and 38 seconds. He completed boot camp at Camp Lejeune in North Carolina and ended his career at Camp Pendleton in California. Doug thoroughly enjoyed his time overseas, especially in Thailand, Hong Kong, Okinawa, and the Philippines. Upon discharge, Doug was honored with two Good Conduct Medals and a Rifle Sharpshooters Badge. Doug faithfully stayed in contact with his USMC brothers and visited with them annually for many years in Las Vegas. Semper Fi!

Doug had a long, successful career in construction, serving as Vice President of US Homes while living in Chicago in the 1970s. He moved to Florida in 1983 to work in the new home development boom on the west coast. Doug retired three times before finally hanging up his tool belt. During retirement he enjoyed playing and watching golf, attending his grandsonsâ€™ ball games and avidly reading. He and his wife, Michele, were season ticket holders at the Richey Suncoast Theatre and frequented the opera and ballet in the Tampa Bay area. Doug and Michele also spent many weekends traveling to nearby towns antique shopping. Doug volunteered for many years with the PGA tournament at Innisbrook and drove floats for the Chasco Fiesta Street Parade. He had a stroke in 2012 that limited his vision but did not slow him down, though a second stroke in 2017 confined him to a wheelchair.

Funeral arrangements are being handled by Dobies Funeral Home. The viewing will be Monday, January 14th from 6-8pm at the Seven Springs/Trinity Chapel on Old CR 54. The funeral will be Tuesday, January 15th at 10am at First Baptist Church of Elfers, 4050 Redleaf Drive in New Port Richey. Following the church service, there will be a gravesite ceremony at the Florida National Cemetery in Bushnell.

Thoughts and Prayers to all of the Family at this Time.

Missing ya Papa, But glad your outta that bed. Waiting to see if the undertaker tightens up that unibrow I always threaten to shave. Even though you said you'd haunt me! Maybe you and Ryder can go fishing

I am trying to come see you bro, but not sure yet.Love ya. Got some issues to take care of but I'm trying. If i can't make it tell Ralph i will see you both later.Love you Bro Me

Thank you for everything you have done for me. From picking me up from school to coming to my games or just simply picking up my spirits when I was feeling down. I appreciate every story you have ever told me and every bit of life advice you have given. But above all else, thank you for showing me what it means to be a good person. I miss you more than words can describe.
Ilove you, Papa.

Our condolences to Michele, her family and Dougâ€™s family at this difficult time! Doug was such a great guy! He always had a smile and a kind word for everyone! Rest Iâ€™m Peace! â¤ï¸

Always had fun with ya Doug from the party on Nancy Nae & Rick's condo to the 3rd hole Bud Tent to the finish on the 18th hole. You always harassed me about being Navy and you Marines. But you were always my fellow slow poke getting to the trophy presentation. Rest easy my friend.