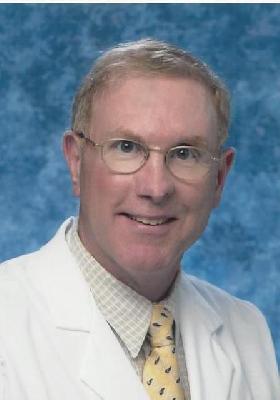 Dr. John McNabb, Ret Lt. Col. USAF â€œBuddyâ€, previously of Dallas, Texas, passed away peacefully after an eight-and-a-half-year battle with Alzheimer on September 19, 2018 at home in Tarpon Springs, Florida.
He was preceded in death by his parents Dr. Robert and Eula McNabb and his sister Janet Chattin, He is survived by his loving husband Thomas A. Sakser, his brothers and sisters- in- law, and several nieces and nephews and devoted friends. He was a native of Nebraska, where he earned his Eagle Scout rank and was Valedictorian of his high school class. He went on to attend the University of Nebraska, earning his Bachelors of Science in 1971 and his Doctorate of Medicine in 1975. In true John fashion, he earned the title of Valedictorian in both his undergraduate and medical programs. John completed his residency in Obstetrics and Gynecology in 1978 and excelled in his field over the next thirty-three years. It is estimated that he delivered over 10,000 newborns. In 1973, John enlisted in the Air Force entering active duty in 1978. While in the Air Force, he was appointed the Chief of OB/GYN at Hahn Air Force base in Germany and Carswell Air Force Base in Fort Worth, Texas. John served over 22 years in the Air Force even being deployed to Desert Storm. In 1992, John was promoted to Lieutenant Colonel, and continued to serve until his retirement in 1998. During his tenure in the Air Force, John was appointed Chief of the OB/GYN departments as well as holding the distinguished membership as the Board of Directors of the Permanent Medical Association of Texas (PMAT). He was also recognized as a diplomat of the American Board of Obstetrics and Gynecology. Following his military career, John continued to practice medicine in the greater Dallas area where he was Chief of OB at Medical City Dallas and Baylor Garland in Garland, Texas.
As esteemed as his medical career was, it doesnâ€™t hold a candle to the love and life that he shared with his husband Thomas. Meeting on January 7,1983, while serving in the Air Force, Thomas and John shared a love and life most only dream. They were able to officially marry on April 1, 2014. The two of them loved to ski and travel around the world, and enjoy their second home, at the lake. They frequented the Dallas Opera and Symphony where John was on the Board of Directors. They also enjoyed attending car shows as John had made a hobby of collecting Lincolns. Committed to one another through good and bad, their love has withstood the test of time. When diagnosed with Alzheimerâ€™s Thomas vowed to care for John the best he could and the two decided to move to Florida to be closer to their Sakser family.
A viewing service will be held at Dobies Funeral Home in Tarpon Springs, Florida from 1:00 pm to 3:00 pm, Saturday, September 29, 2018 with a full military honors service starting at 3:00 pm. A gathering of family and friends will be held at their Lake Tarpon home following the service. In lieu of flowers, donations can be made in his name to the Alzheimerâ€™s Association.

We sincerely send our deepest, heartfelt condolences to Thomas, John's family, and his many, many friends. We've had the wonderful pleasure of being Thomas and John's neighbor for close to 3 years and their kindest and unselfishness towards us has been amazing. Their love for each other has been inspirational. John's service to our country was impressive. You'll be missed by so many John.