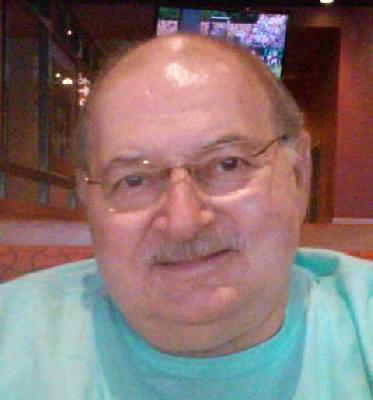 Gioioso, Edward J., age 77,
went to be with the Lord on Sunday, Aug. 19, 2018. Born in East Boston, MA on April 26, 1941 and was a long time resident of New Port Richey, he is survived by his wife of 35 years, Doreen Gioioso. Ed is blessed with two sons, Edward Gioioso, III and Anthony Gioioso; and three step children, Thomas Liberge, Sharyn Bush and Scott Liberge, deceased. Ed was also very proud of his six grandchildren and two great grandchildren. He also leaves his very best friend, his brother, Joseph Gioioso and many nieces and nephews. Ed spent many years working as a health and safety manager for the Henefelt Corporation in Largo, FL. Edward was a former past grand knight and held the position of financial secretary for the Father Farrell Council Knights of Columbus St. Vincent de Paul parish. Edward most enjoyed spending time with the NRA and his german shepherd dog, Kaylee. He will always be remembered by his family as the total package.

THE BOND BETWEEN FATHER AND SON.
A father and his son
are inexplicably bound and that bond isn't severed just because he is not around.
A son remembers his father's words his wisdom and his wit. There's never a day that ever goes by when the son doesn't find use for it. And this is how the father lives on inside the heart of the son. Although we were parted years ago, in this way we will always live as one.

You will forever live inside me Dad!

To family and friends of Edward J Gioioso,
We extend our heartfelt condolences for your loss. Please be assured of Jehovah Godâ€™s enduring love for you, his concern for your well-being, and his willingness to help you endure this difficult time. (1 Peter 5:7) We pray that Godâ€™s promise at Revelation 21:4 will provide you comfort in the days to come. For further comforting thoughts, please visit https://www.jw.org/en/publications/magazines/watchtower-no3-2016-may/when-a-loved-one-dies/.

Our sincerest sympathies,
The Guillory Family

Uncle Eddie, I will always have great memories of you that I will cherish throughout my life â™¥ï¸ May you rest in piece with the lord ðŸ™ðŸ» Today, I give you this â€œsingle roseâ€ ðŸŒ¹ and remember singing it with you! Love you, Uncleâ™¥ï¸

Dad what can I say that there was never a day that I did not think of you! I only wish that we had more time together with me and your Grandchild, Vanessa & Edward IV we carry your name which means everything to me! I will always remember when you call me RONNIE…..I liked that! You will be forever in my heart and will never be forgotten! I love you Dad, may you rest in peace and some day we will be together!

Ed, my deepest condolences and prayers to you and your family. Losing a parent is one of the hardest things to go through.
Hugs,
Debbie Gitschier

May God Bless Ed and his family. May he Rest in Peace. He was a GREAT GUY and friend. My prayers our with the family.