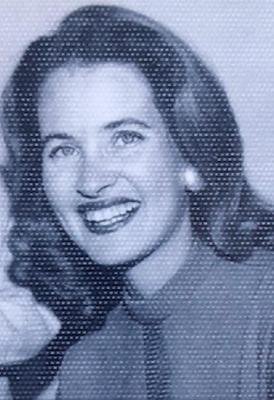 PERENICH WEAVER, Elizabeth Diane â€œBettyâ€ On Dec.18, 2019, Betty Perenich Weaver passed away surrounded by family and prayers after a brief illness at age 90. Betty was born on June 21,1929 in Ocala, FL to Henry and Diane Wiley. She grew up in Memphis, TN, the youngest of five children. After graduating high school, Betty moved to Washington, DC and worked for the FBI. In 1951, she married Guy Perenich and together they came to Florida where they raised nine children in Clearwater and later in Tarpon Springs at their home on Lake Tarpon. Betty was a dedicated wife, mother and accomplished artist in several mediums including painting and sculpting. She enjoyed listening to classical music, hosting piano recitals at her home and entertaining family and friends. She was an active parishioner of St. Ignatius Catholic Church beginning in 1969, and later served as a Eucharistic Minister of Holy Communion. While raising her family, she attended St. Petersburgh Junior College and received an Associate of Arts degree. After her first marriage ended, Betty met Stan Weaver whom she married in 2001 until Stanâ€™s passing in 2017. In her later years Betty loved dancing, cooking for her family, attending Broadway musicals and was an avid reader. She enjoyed painting portraits of her grandchildren, attending Toastmasters with Stan and spending time with her loved ones. She is survived by her children, Guy Christopher Perenich, Angela Baptiste, Mark Perenich, Lisa Sullivan, Rosanne Pappas, Gregory Perenich, Timothy Perenich, Terence Perenich and Stephen Perenich, as well as 27 grandchildren and five great grandchildren. She was preceded in death by her parents, her husband Stan, her four siblings, Lilleen, Evelyn, Henry and Jack and one granddaughter, Maria Rose.

Terence, we are saddened to hear of your Mom's passing. Our hearts go out to you, Terry and the kids, your siblings and extended family during this trying time. May your loving memories bring you some comfort in the days, weeks and months ahead.

My deepest sympathy to Angela and the entire family for the loss of their beloved relative.

We are so very sorry for the family's loss of our lovely Betty. She was an outstanding kind mother, aunt, friend and talented artist. We will all miss her forever, and know she is in the arms of our Lord.

Dear Family Of Sweet Betty,
I was thinking of Betty tonight, and I googled up her name, so saddened to see she is longer with us. The years I spent working for Betty were so very enjoyable for me. I know that everyone who knew Betty misses her.