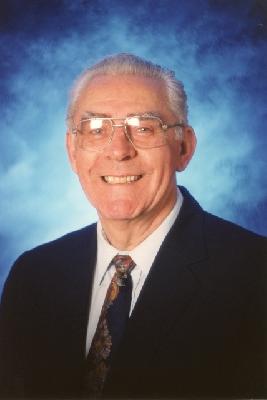 Anderson, Elmer G. “Andy”, passed away June 11, 2018 at a hospital near New Port Richey, Florida where he recently moved. Andy was born at home to George Wilber and Marjorie Florence (Cooper) Anderson on June 30, 1931 in Canby, Oregon. Andy's family later moved to California where he attended Napa High School. Andy joined the US Navy at age 17 and served for four years as a signalman on the USS John W. Thomason. He was a member of the Tin Can Sailors and the USS Thomason Association. Andy then joined the US Coast Guard and became a Flight Engineer. “Chief Andy” flew many search and rescue missions around the world to include Korea and Vietnam in his service. He was a member of the US Coast Guard Chief Petty Officers Association, the VFW and the DAV. Andy retired in Mobile, Alabama where he joined the Riviera Owners Association when he started collecting Buick Riviera cars and also went back to work at AutoZone. His daughter, Rene, whom he adopted when he married her mother, Judy, and raised as his own, had a traumatic brain injury just after his retirement and, finding no support group, he helped to found the Alabama Head Injury Foundation. He was a staunch supporter even after he stepped down from leadership and the Anderson-Fischer accessible apartments in Mobile, Alabama were named in his honor.

Memorial contributions in Andy's honor can be sent to the Alabama Head Injury Foundation, 3110 Lorna Road, Suite 203, Hoover, AL 35216 or made online at www.ahif.org.

Andy was a good friend and avid advocate for those living with brain injury. His efforts to secure a support system for his own daughter living with TBI resulted in a statewide foundation for all TBI survivors. He will truly be missed.

My deepest sympathies. Andy was a kind, gentle man who gave more than he received. He will be missed by all who knew him.

So sorry for the loss of your family member. Andy was a hard worker and wanted to take care of his family. Please stay in touch.

Remembering all the good times that we had and Andy's love of the Coast Guard. Love to you Judy and your daughters.

We will surely miss Andy and his fascinating stories. He was always interesting to listen to and was a true friend to all of us at the TBI meetings. Thank you Andy for all you did to help the Trumatic Brain Injured.
Hope you're cruising along in that Buick Riviera up in that blue sky over Florida. Rest in Peace.

Judy and family, I am truly sorry for your loss. Judy , I know how much he loved you and was so considerate in taking care of you ( even when you didn't think he needed to…). He was a bright light wherever he went. Even though I didn't know him as long as many others, I admired him and all that he accomplished during his lifetime. He was so interesting to talk with on a variety of subjects. I feel your loss. God Bless and comfort you and your family during this time of sadness.Missing you in Mobile. Sheila

Andy was a force to be reckoned with. A dear friend and wonderful man. Judy you are in my heart always. Will love you both forever. A new star in the sky!!

TINA AND I SEND LOVE AND PRAYERS. WE HAVE LOTS OF FOND MEMORIES IN THE GERMAN SOCIETY.

I'm one of the few USCG Mobile old-timers left, who have shared a friendship and respect for a great ship-mate.

So sorry for the loss of your family member. Andy was a hard worker and wanted to take care of his family. Please stay in touch.

the world has lost one of the good guys ;; big andy

Richard Lawson (Served with him USCG)

My concern condolences. Andy was one of the good guys and I enjoyed serving (and fishing) with him in Texas.

Remembering all the good times we all had. Condolence to each of you.

Andy it was my pleasure meeting you and getting to know a little more about our Coast Guard history, Thank you for your service, and friendship.

I am sincerely sorry for your family's loss. Mr. Anderson (Andy), was a kind,wise, and a very good man. He will be missed by everyone who knew him. From our family, to yours,you have our deepest sympathy. God bless you, and yours.

It is with heavy heart that I pass on my condolences to the family of Mr. Anderson. I had the pleasure of meeting this Veteran and pray that he is with no more pain.

First met Andy at CGAS San Francisco and became good friends. Big Andy was a neat guy.
We will miss our telephone conversations. We loved him so much.