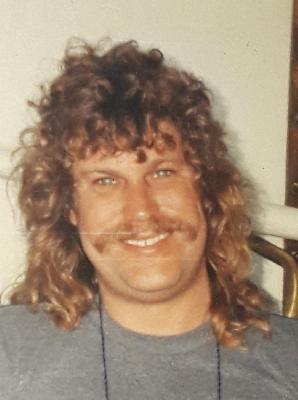 Eric Steffey of Hudson, FL died September 3, 2019. He was born in Jacksonville on June 21st 1959. Eric and I met at a cookout and my dog Weebles brought us together. We were married for 37 years. When I first met him he was in college pursuing a career in law and after a few years he decided being confined in an office was not for him. He was an athlete and an outdoorsman. Eric was excellent at Golf and Tennis. He played football in high school. He was a huge gators fan as well as the Rays and Buccaneers. He also loved fishing. Eric had a lawn service and later a moving business for quite a while. Recently we started a t-shirt business that he was very excited about. He designed many of the shirts. Eric was a free spirit. We live in the country and he loved nature. Animals gravitated to him. We had many throughout all of our years. He left behind his horses and his best buddy Skippy our dog. He also had a lot of extended family members that he cared a lot about. He was very patriotic and loved his Flags. Anytime he saw a veteran, he always thanked them for their service. After 9/11 and the soldiers were being called for Duty, he would move them at no cost. He helped many people and animals throughout the years. Eric loved watching old westerns, sports and ancient aliens. He loved history and archaeology. Eric was religious and Christian by faith. We didn't belong to a specific church, but he believed God was everywhere and prayed every day to Jesus. He also loved music especially old rock and roll. Eric played the guitar and built a speaker like the one in the movie Back to the Future. When he plugged it in, it would blow you out of the room. He also could play the organ and drums. Sometimes he drove me nuts, but Eric had a big heart and was very sentimental and had a soft side that many people never saw. He had a great sense of humor and was really funny. He always managed to cheer me up when I needed it the most. Eric was a good listener, when I was mad and needed to vent, he would always say that's what I'm here for. I would give anything for one more day with him. Eric broke his leg that required surgery on May 25th 2019 at Bayonet Point Hospital. Mistakes in the hospital were made and as a result his system was compromised. Eric ended up at North Bay Hospital where he died in surgery on September 3rd 2019. Eric went to physical therapy and followed all doctor's instructions. He suffered a lot. He wanted to walk again and be normal without needing a walker. He wanted to feel good again. He tried so hard. No person should break their leg and die three months later. The medical community failed him. Eric was too young to die. As the Bee Gees song says How Do You Mend A Broken Heart, I don't know? When Eric's life ended, so did mine as I know it. I feel devastated and lost. I pray to God to help me find a way back, to the person I'm supposed to be now. We were together for such a long time and my heart has been ripped in half. I will always love Eric and remember the good times we shared together. Whoever reads this should hug their loved ones and hold them tight. Your life can change in a blink of an eye and it's permanent. A celebration of Eric's life will be held on the Miss Virginia boat on a later date. I want to thank Jesse and all my family and friends for helping me through this difficult time in my life. -Sue Steffey

not lol now I've read this. My heart is broken for you. I had no idea. Eric was everything you said and more. I knew him when we were young. He had a rough time growing up with his parents but made him a better man as did you. Love from Jim and Cheryl Borum.