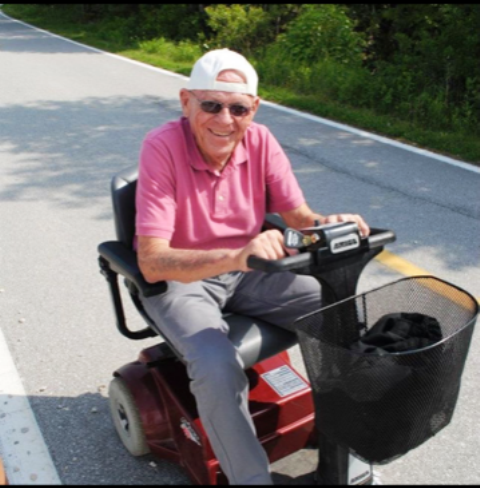 McDonald, Frank Richard
80, was born on January 3, 1939 in Dearborn, Michigan to Harold and Dorothy (Smith) McDonald. He was the eldest of 6 siblings: Delphine, Orpha (Paul), John (Beth), Ann (Larry), and Bill (Nancy). On August 31, 1963, he married the love of his life, Sandra (Waterman) McDonald and they enjoyed 55-1/2 years together. Surviving are his wife, Sandra, children Kathy (Rick) and Todd (Julie) and grandchildren, Cassie (Josh), Chad, Marisa, and Nicci. He is also survived by many nieces and nephews and many, many friends who loved him.
Though this is tough for all of us that knew Frank, it is with heavy hearts we share that he passed away peacefully on Saturday, April 27, 2019 with family by his side. We know he is breathing freely and active again, just as he wants us all to remember him.
His entire life, when Frank put his mind to something, you know he would make it happen. He fought his COPD over for 10 years so he could see and share the things so important to him. The successes of his family, most importantly his grandchildren, were his proudest moments. He informed his children in late March that he was tired and ready to go, not because he wanted to give up, it was about making sure his family understood and was ready for life without him. Emotionally, one can never be ready, but, as McDonalds, we reassured him we understood.
Frank wants us all to remember the good times and when you think of him have a smile and a laugh recalling the times enjoyed with him. Whether you knew him as Frank or Mac from Sacred Heart Catholic School in Dearborn Michigan; the Navy, aboard the USS Shangri La; Volunteer Fire Fighting in Rhode Island; Air Traffic Control in Chicago; the Ford Motor Company; Street Rodding; Florida retirement; Wolf Lake in Michigan; or at an event for his grandchildren, you know he was always genuine, demanding, not so patient, the life of the party, a master mechanic, jack of all trades, but most of all he was always there to help those around him without expecting anything in return.
Our family would like to thank his many friends in Palm Harbor and Dunedin, Fl who have supported Frank and Sandy through this journey. We would also like to extend a heartfelt thank you to Empath Health/SunCoast Hospice and their amazing team for making this difficult journey as peaceful as possible.
Frank will be cremated and will be laid to rest in a private grave site burial in Fort Custer Battle Creek, Michigan. There will be a Celebration of Frankâ€™s life this summer at the family home on Wolf Lake Jackson, Michigan.
To honor Frankâ€™s memory, please consider a donation to one of the following organizations to recognize their ability to make a difference for others: