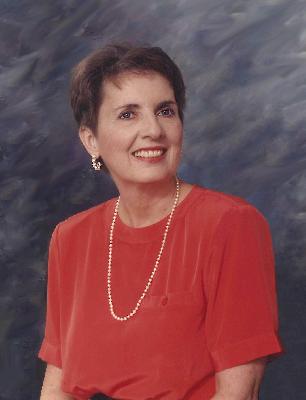 Geraldine Alice Sheridan Day, who prayed to her angels every day, joined them on November 20, 2018. Born in Louisville, Kentucky, during The Great Flood of 1937, Gerry lived with a generosity of spirit that still touches those who were fortunate enough to know her. As a child, she attended Christ the King and Loretta High School in Louisville. She loved to dance, and at the University of Kentucky, she was a member of the synchronized swim team. In 1959, she married Robert Day and moved to Houston, where they raised four children. When Gerryâ€™s children were teenagers, she went back to college at the University of Houston and subsequently taught English as a Second Language for ten years in Houston and League City. Throughout her life, she was extremely active in the Catholic church, including at St. Thomas More in Houston, where she was a member of the choir and led religious education. When Bob and Gerry moved to League City, she joined the choir of St. Maryâ€™s of the Expectation and also Beta Sigma Phi, where she forged friendships she valued throughout her life. And in her final years in Crystal Beach, Florida, she was very involved with St. Ignatius of Antioch Parish in Tarpon Springs, where she was a member of the Womenâ€™s Council and attended Bible Study. With an indomitable spirit, Gerry overcame many challenges in her life. She was a young survivor of breast cancer and was forever grateful to all of her doctors — including Dr. Daniel Lehane and Dr. Thomas Aloia. In her later years, in addition to putting her dancing shoes back on as a member of Bay Area Chorus Line Tappers, she gave presentations about Redemptive Suffering, taking oneâ€™s hardships and offering them up to God as a way of healing and sacrifice. When her children were young, she banned negative words from the house, and this exemplified the way she lived her life â€“ with positivity and a can-do spirit no matter what the circumstances. Although Gerry is no longer with us, this spirit she infused in others continues to live, and it was her wish that rather than feel sad, her family and friends move on in love and positivity. And, of course, laughs.

She was preceded in death by her father and mother, John Edward Sheridan Sr. and Virginia Davis Sheridan, brother John Edwards Jr., as well as two sons Brian and Byron Day, twins who died shortly after birth. She is survived and dearly missed by her husband Robert Day; her children Adam Day and his wife Alicia; Aaron Day and his wife Beverly; Adrian Day and his wife Stacey; Angela Day and her husband Rob Barocci; and her brother Robert Sheridan. She also leaves behind eleven beloved grandchildren: Benton and Barrett Day; Logan, Quinn and Sydney Day; Emily, Kiara, Elissa, and Noelle Day; and Neko and Isis Barocci.

Her service will be at St. Mary's of the Expectation in League City, Texas on Thursday, November 29 at 10:30 AM.