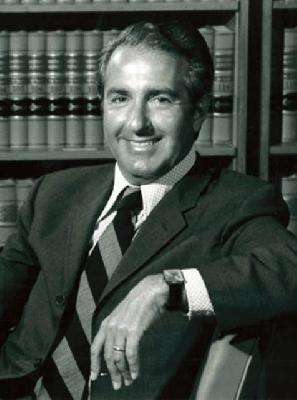 Guy Nicholas Perenich, born March 24, 1925 in New York, NY to Guido and Angelina Perenich, passed on May 11, 2018 in the presence of his loving family. Growing up in Forest Hills, Guy acquired a life-long passion for the game of tennis when he had the opportunity to see the gameâ€™s legends up close in the US Open as a ball boy. During World War II Guy served in the Navy aboard the destroyer, USS Harry F. Bauer, seeing combat in the Pacific theater, most notably as part of the victorious Battle of Iwo Jima. Returning from the war, Guy resumed his studies at the University of Notre Dame where he was a member of the Fighting Irish Tennis Team and Notre Dame Glee Club. Following his graduation from Notre Dame, Guy earned his law degree from George Washington University. Guy married Elizabeth (â€œBettyâ€) Diane Wiley and together moved to Clearwater, Florida becoming parents of nine children and eventually making their home in Tarpon Springs. As a trial lawyer, Guy pioneered the practice of personal injury law dedicated to representing injured claimants out of his Clearwater office in his law firm alongside Frank Muscarella and then later Robert Carroll. Guy was a member of the Knights of Columbus and an active member of St. Ignatius Catholic Church in Tarpon Springs as a member of the choir and as a lector.
Guy is survived by his sister, Gloria Mountfort, his nine children, Guy Christopher Perenich, Angela Baptiste, Mark Perenich, Lisa Sullivan, Rosanne Pappas, Gregory Perenich, Timothy Perenich, Terence Perenich and Stephen Perenich, twenty-seven grandchildren and four great-grandchildren.