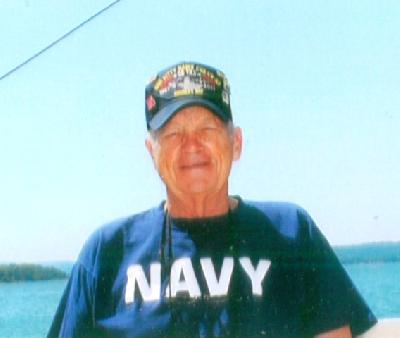 Williams, Herbert T. Jr 81, originally born in Richmond, VA passed away on May 22nd in Florida. He lived in McGaheysville, VA growing up, and lived in Franklin, Tn. for many years prior to moving to Florida.

He was preceded in death by his wife Beverly and his parents Herbert and â€œSissyâ€, his daughter Brenda and his grandson Kyle. He is survived by his brother David, 3 sons Larry (Kristie), Mike (Carol), and Greg, 3 nieces Kristal, Alison and Holly, 4 grandchildren and 2 great-grandchildren.

Herb was a Navy Vietnam veteran who served on the USS Kitty Hawk. He graduated from Montevideo High School in 1957, and received his BS Degree from Madison College in 1962. He retired from Columbia/HCA as a Division Assistant Vice President.

Memorial Contributions can be made to St. Jude Childrenâ€™s Hospital, Memphis Tn.

Herb will be missed greatly. Love and prayers for all your family.

I will so miss Herb! I do believe he and my dad will have dinner together soon. They will be able to laugh and talk for hours. Our love and prayers go out to you all.

Herb had a wonderful life. And although his last year or so was very trying for him, Larry and Kristie filled Herb's life with love, compassion and caring! They visited him every day and made sure his every need was met! Know that he loved you both(even though he was a tough guy and rarely let his true feelings show) Know that he is at peace now, and continues his journey with the love of his life, Beverly. Kristie and Larry, we love you both and are so proud of the two of you!

What a wonderful guy! I worked with Herb for many years. He was a mentor and friend. I will miss him greatly.

As Larry and I have been going through documents and pictures after Herb's passing, we realize what a special person he was. He was courageous, funny, giving and generous. He will be missed by family,friends, and those people whose lives he impacted and those that also loved his smile. He never expected any more from you, then he did of himself. If you needed help he would be there for you, as long as you appreciated what he did for you. He never wanted to be a burden, and never was. We hope his wisdom will make us as good a person as he was.
His love will always be in our hearts.

It has been 2 weeks since Herb my father in law passed. Although his last year was one of his biggest challenges, I do miss the special smile he had until he passed.
He taught me a lot about meeting life's challenges in a dignified way, and making the most of you life. He will be missed, but never forgotten.

We will miss seeing Herb on Kristie & Larry's front porch…always had a wave + a big smile for us! Wow, looks like Herb had one great life! Our thoughts & prayers are with Herb's family.