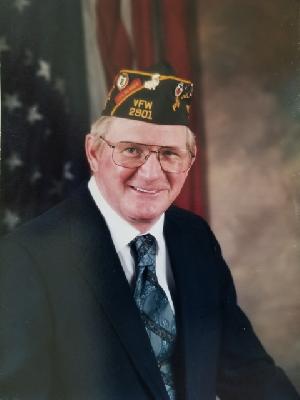 His Christian faith was practiced locally at the Grace of God Church in New Port Richey.

After graduating a Byesville Falcon, Class of 1964, Jim entered the United States Marine Corp and served two tours in Vietnam before exiting the Marines in 1968. He was an active member at both the Marine Corp League in New Port Richey and F.O.E. 386 in Cambridge, as well as a lifetime member of the V.F.W. post 2901 in Cambridge, and in his tenure served as Commander and eventually District Commander. In active years, he enjoyed boating, fishing and local gun shoots.

In addition to his parents, he is preceded in death by the recent passing of his brother, Charles â€œEarlâ€ Lantz; sister, Helen (Lantz) Harris; mother-in-law, Cathryn Knight; sister-in-law, Betty Mclaughlin; and niece, April Dawn Lantz.

Special mention of Richard Trevel, Barbara Lodato and Kim Mayes for their Hospice support and many years of loving friendships.

Dear Barb and family,
Sorry to hear of Jimâ€™s passing.
Cherish the memories that you had and hold them close to your heart. May he rest in peace.
Allan & Rosemary Beange
Citrus Mountain

Thinking of your family in this time of loss.
Our thoughts and prayers are with you.

So sorry for the loss of a good man , Jim will be missed.
Much love sent to you Barb .