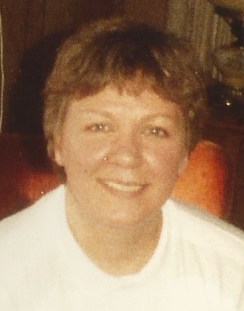 In Memory of Janice Kitzke

Janice (Kahler) Kitzke was born on September 23, 1943 in Black Creek, WI. She was baptized in the Christian Faith at Immanuel Lutheran in Black Creek. She had a lovely country childhood filled with beautiful memories of playing with her siblings, cousins, and friends. Jan graduated from Hortonville High School. She later went on to take college courses after retirement. After high school, Jan moved to Milwaukee Wisconsin. She met her husband, Richard, at an airline training class in 1968. The two enjoyed their travels. They married in 1971, and moved to Minnesota. They had their first daughter, Sarah, there and both continued working in the airline industry in Minneapolis. They relocated back to Wisconsin in the early eighties and lived in Green Bay. There they had their second daughter, Jennifer. The family created many memories with large family gatherings and celebrations.

Following retirement from Northwest Airlines, Jan and Richard and their family relocated to Florida in 2001 and became members of Peace Lutheran Church. There, Jan enjoyed fellowship and worship and made many friends. She loved to cook and bake. She enjoyed having company at her Florida home, and visiting Wisconsin in the summer. She was active with her friends, her church family, and her children. She enjoyed her travels, including many cruises!

Jan was called home to our Lord September 15th, 2018. Jan was a cancer survivor several times over, until a recent diagnosis of CNS Lymphoma. Her spirit was always high throughout each battle. She knew the Lord and He gave her strength. She is preceded in death by her husband Richard, who was called home in 2011. She is also preceded by her parents, Roy and Marie Kahler, her sister Karen David, and her brother Kenny Kahler. She is survived by her two daughters, Jennifer and Sarah, and her son-in law, Benjamin of New Port Richey, Fl. She also is survived by her sister Mary Ann Ver Bockel of Appleton Wi., her aunt, Verna McGlin of Black Creek Wi., her mother-in-law, June Marheine, of Eagle River Wi, several sister-in-laws, one brother-in-law, many nieces, nephews, and other family. She also had many long friendships that are forever treasured.

A wonderful giving lady ,all were Blessed that knew her,very fond memories of Janice,and her loving family,may her memory live on in all who knew her.

A beautiful womam in many ways. I've known Jan my entire life and so grateful for her life example of kindness, humor and humility. Until we meet again, dear in my heart.

Jan , I can recall how we kept each others spirts up being away from our family's in Indianapolis for that year. The fun times both at the airport and dinners at Lee & Dorothy's home in Carmel IN. Your a bright shinning star in the heavens tonight . God bless you and keep you in his graces.

I am so sorry for your loss. Prayers sent for you and your family. Remember she is with you always.

Just letting you know Iâ€™m thinking of you and your family. Your mom was so special and Iâ€™m glad my mom has such a beautiful angel with her! Lots of love, jayme

It was my honor to meet Jan at the hospital at I was ministering as a Chaplain aide. I know she is with the Lord

I'm so sorry for your lose. My heart goes out to Sarah and the whole family. May Ms. Jan rest in peace.
Katerina

May Jan be in peace now. With my deepest sympathy for your lose.
Love,
Rose

A strong, compassionate, precious, courageous, woman with an extremely wonderful sense of humor.Jan enriched my life for many many years. I dearly miss my friend now at peace, loved by all.

Sahar,Ben and Jenney
I am so sorry we can not be with you on Sat. I will miss your mom and the fun we had on Christmas Eve for the last 5 years the cruises we have taken. Jan we love you may you Rest In Peace.
Blessings
Shirley&Jerry

Jan,
We are going to miss you so much and your Beautiful smile. You have two wonderful daughters that carry a part of you with them and it shows they are wonderful young Ladies and your love for them shines through. I know that you are in a wonderful place now with My Mom, please give her a big hug for me. Sarah, Jenny, and Ben, my heart is with you, please have peace knowing her comfort and the beautiful place she now resides. â¤ you all!

It is a sad time for all of us, but particularly you, her family. I know that you will miss Jan every day, but isn't it wonderful that she is no longer in pain? We as believers, know that she is once again care free and with our Lord and Savior.

Janice had a huge spirit and was always sure to make you laugh. She was generous in lending out her greatest recipes. She was so full of love and hope and will be greatly missed. However, we know sheâ€™s watching over everyone with that much loveâ¤ï¸