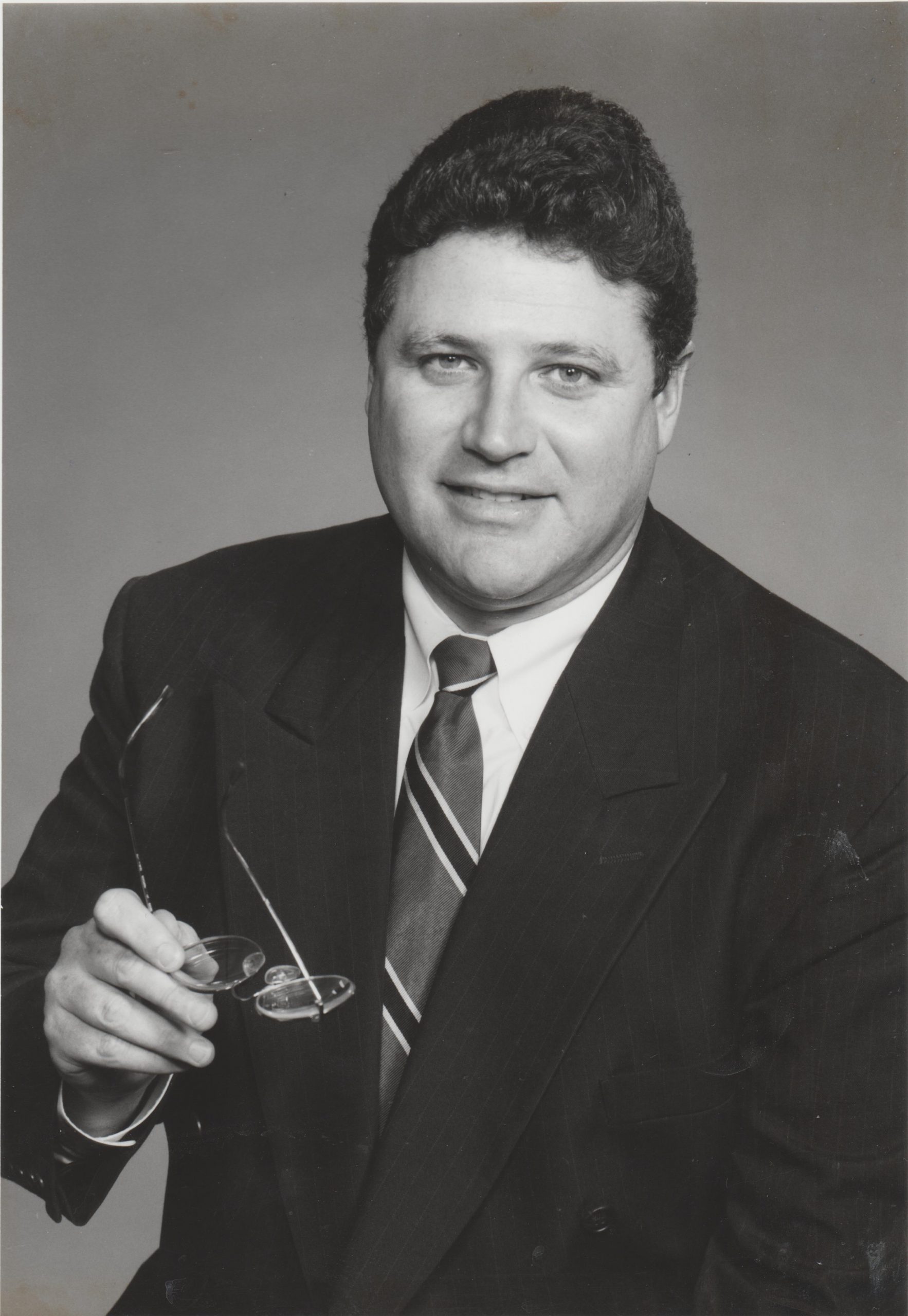 On July 5th, 2022, James Watson Degenhardt, loving father, and friend, passed away at his home in Clearwater. Jim was born on April 19th, 1959, to Donald and Virginia Degenhardt in Tarpon Springs, Florida. He received his undergraduate degree from Dartmouth College in 1981and his graduate degree from New York University in 1983. In 1993 Jim met and married Christina Rene Hunt and they raised two children together, James Michael and Makenzie Kathleen, who is the center of their lives.

As the youngest of seven, Jim grew up always working hard. Whether that be mowing neighbor’s lawns at the age of 6 for some pocket money, or just trying to get a second helping at the dinner table without having his hand bitten off. Dad knew how to work hard. He even excelled in his studies at a young age. So much so that his dad decided that instead of rewarding him every time he got an A, he would simply tax Jim every time he got a B or lower. The lower the grade, the higher the tax. Jim never brought home a B again. Jim worked so hard that he made it into the Ivy League. At Dartmouth, he learned some of his greatest lessons, made the greatest friends, and kept that football bench nice and warm for everyone else.

Our Dad was never shy about who he was. He was proud to be from Tarpon Springs, to be an American, a Degenhardt, an Eagle Scout, a Rough Rider, a brother of Theta Delta Chi Fraternity, a Dartmouth alum, a supporter of the arts, a mentor, a quiet philanthropist, and a hell of a party planner. No really, he was quite good at it. But what he really loved was the work he was able to do in his career and how he was able to help his community. As a financial advisor, Dad always said that what he did wasn’t so much about finances, but about the relationships that he built. He knew that people wanted more than just someone that had all the right answers. They want someone they can trust, someone who cares about what could happen to them and their family. That is what Dad gave to people. That’s what he gave to every person in his life, freely. He gave people someone they could rely on to be there when they needed it. And if he didn’t know how to help, he could find someone who could. He was relentless with his outreach. He was always planning ways to get people together and make introductions. Dad didn’t know what a stranger was.

Of course, no conversation could be had with Jim without him bringing up his two kids. More than anything in this world, he was proud of his kids. His life was dedicated to them, and he will be missed more than words can say. Jim was preceded in his death by his parents and two older sisters, Mary Elizabeth (’56) and Patricia Huber (‘22). He is survived by his two children, his siblings, his nieces and nephews, and his many friends whom he always held as close as family.

A viewing and service will be held at Dobie’s Funeral Home in Tarpon Springs on Friday, July 15th, from 4-7 pm. After the service, we will be holding a celebration of life at Currents at 200 East Tarpon Avenue. In lieu of flowers, the family is requesting that donations be made in Jim’s honor to The Arc Foundation of Clearwater and The Florida Orchestra of Tampa.

My deepest condolences to Jim’s two children and his family. I knew him for over 7 years and he taught me so much. Jim was always willing to listen to me and provide wholesome sound advice. He was an excellent role model in my life – to the extent of even a father figure. My family and I will miss him very much. Thank you for changing my life in a very positive way Jimmy!

My deepest sympathies to the Degenhardt family. Jim and I stayed in touch over the years after high school. He was a true and loyal friend. I am shocked and saddened by his passing. He was one of the nicest people I have ever know. I am so sorry for your loss.

Jimmy D was the BEST !!! Thoughtful , kind , compassionate and engaging…he’d do anything and everything for his family and friends …always a smile , a hearty laugh and humorous comment and boundless energy …I was fortunate to have such a special friend and am so thankful that Jimmy D was a part of my life ….🇳🇫🏈bt

Our thoughts and prayers are with Jim’s family, especially his two children – Jimmy and Makenzie. Jim was our financial consultant for nearly ten years. We were introduced to him by a mutual friend. Almost immediately, we liked Jim right out of the gate. He was genuine, honest, highly effective in both listening to and communicating with us on a regular basis. He became not only our financial consultant, but a friend as well. I can say without hesitation or reservation that Jim Degenhardt’s word was enough for us. Everything we asked of him over the past decade he delivered. Even over the past two years, his guidance never wavered. Karin and I came to respect Jim a great deal. His love for his children was evident every time we got together. We admired the balance that he struck between his career and his family. We will miss him very much. We pray that he is surrounded by those who passed before him, and that he is now in the loving arms of our father in heaven. May our Lord bring peace to Jimmy and Makenzie, and the entire Degenhardt family.

I was introduced to Jim through my son Shane. Jim was my advisor and quickly became a dear friend – I will miss him terribly. He cared deeply for others, was both brilliant and humble and was always there for advice and a kind word. We spoke often about our children and I know that he cherished his – my deepest condolences to you both and the rest of your family. He was a really amazing soul that made a big difference in my life. I can clearly “hear” his voice and will hang onto that always.

James was a great neighbor and friend, it was obvious though we only knew him a short time, he had his priorities straight. He was a true gentleman in every sense of the word. We had the pleasure to meet Makenzie who is a delight, sorry we had not had the chance to meet Jimmy. He was very proud of his children. Our heart goes out to you at this difficult time.🙏

We hardly know how to express our sincerest sorrow and grief in this unexpected loss of such a kind and sweet person who we were so delighted and grateful to be introduced to by mutual friends almost 8 years ago. It always brought us smiles when we saw Jimmy at various gatherings and now his absence will be so sadly missed. Because of covid we hate that we cannot hug his kids, Jimmy and Makenzie, especially young Jimmy who helped us so much with our move into Tarpon Springs, but please know that Kenny (Guillotte) and I send our deepest condolences to all of ‘big’ Jimmy’s family and that Jimmy will always remain a terrifically fond memory in our hearts.

Best white kid, I ever met
Love you jimmy
Save a spot for me

Jim was a great person, my roommate at College for a term, my fraternity brother and a friend. I have so many terrific memories of Jimmy D. And his irrepressible personality.
He will be missed. Cut down too soon.
Rest In Peace.

Always with a kind smile and a big heart! You were a loyal and genuine friend to all and made everyone everyone love you, Jimmy! Prayers and strength for Jimmy and Makenzie. We were all looking forward to our reunion in October and so happy we would all be together and was looking forward to seeing you. May your sweet memory be eternal. Still so unbelievable, now with our dear Lord. ❤🙏

Jim,
I’m so sorry I never got to reconnect with you after High school. For over 30 years after graduation our lives went different directions. You were always a fun person to be around and proud to call you my TSHS classmate of 1977. My deepest sympathy to your adult children Jimmy and Makenzie and your family members🙏 May The Lord grant you eternal life and rest your soul. AMEN🙏

My condolences to the family . I enjoyed working with Jim very much. Jim will be in my prayers .

Jim was a longtime avid supporter of The Florida Orchestra, and served on the Board of Consultants. Jim would seek out and create opportunities to introduce TFO, on the rooftop of The Dewey in PAG, and inviting friends, clients and contacts to enjoy TFO concerts. He shared his passion for the orchestra with Makenzie and Jimmy. So much so that Jimmy got engaged at Ruth Eckerd hall before family and friends who all then shared together the experience of TFO’s performance of Tchaikovsky’s Violin Concerto. Jim was so proud that evening – and always – of his son and daughter. Jim looked dapper and dashing in black tie, as he escorted Makenzie to the TFO 2022 Gala with Josh Groban. Jim’s smile, warmth, genuine caring, philanthropic heart, and enthusiastic support will be sorely missed. On behalf of The Florida Orchestra, and all here who appreciated Jim, our thoughts deepest condolences to Makenzie, Jimmy, the Degenhardt family and friends. May he rest in peace and watch over his loved ones.

Christina, jimmy and Makenzie,
I am so sorry for your loss. I loved Jim like a brother and our histories are so Entwined between high school, careers, friendships and children. I’m sorry I did not get the news earlier but my heart is with you. Jim was so smart and caring. I’ll always remember his smile and gregarious laugh. Plus, I have no other friend that possessed his immense vocabulary! He will be missed. Love you all, Jill Fisher Cope

Jim was a great guy. My condolences to his family on this untimely loss.

Jim was a wonderful financial advisor and friend. I will miss him on both counts. My prayers are with his family. God rest his soul!

Jim was a wonderful financial advisor and friend. I will miss him on both counts. My prayers are with his family. God rest his soul!

Jim, Great times we ALL had together!! A man of honor. RIP Jim.

I’m so shocked to learn of Jim’s passing so late. Mackenzie, please let me know how to reach you. My love and prayers are with you and your family. Jim was the type of man that every Dartmouth student and alum could learn from. His stories and memory will live well and long.

I am shocked and deeply saddened to learn of Jim’s passing. I am still numb! I had a feeling something was amiss when he had not responded to my texts and about being overdue for a lunch get together. There will never be another Jim ! Our friendship meant so much to me ! You were an incredible friend and the loss will be immeasurable. That void will never be filled. I would like to reach out to his family and to keep in touch and keep his memory alive.