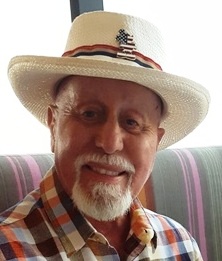 Joseph was a graduate of Trenton Central High School and Rider University with a degree in Criminal Justice.

Joseph had a love for music at an early age with an interest in playing the drums. He became a professional drummer and performed with the Holiday Five and Kenney Mele and the Land of Oz.

Joseph served in the U. S. Army National Guard from 1965 to 1971. He graduated from the New Jersey Police Academy in 1967 and started his career in law enforcement as a Patrolman in Trenton followed by Hamilton Township, NJ. In 1989 Joseph became a Detective/Criminal Investigator for the Mercer County Prosecutor's Office and subsequently the Mercer County Sheriff's Department until he retired in 1992, after 25 years of service. Joseph resided in Hamilton Township, NJ and relocated to Tarpon Springs, FL after retiring. After a short time he became a Private Investigator starting his own agency which he operated until 2005. He was a member of the Florida Association of Licensed Investigators and Private Investigator's Association of Florida.

Joseph had a passion for life and greatly enjoyed traveling, especially cruising, going to Busch Gardens, Walt Disney World and spending time with family and friends. He was a loving husband, father, grandfather, brother, uncle, and friend who was loved by all and will be sorely missed.

A Celebration of Life will be held at St. Ignatius Roman Catholic Church, 715 East Orange Street, Tarpon Springs, Florida on June 30, 2018 at 12pm with a luncheon to follow.

In lieu of flowers, the family requests a donation be made in his name to the Suncoast Hospice Foundation, 5771 Roosevelt Blvd, Clearwater, Florida 33760-9962

Please accept our condolences and prayers for healing during this difficult time.

So very sorry for your loss and my deepest condolences to you Sharon especially and the rest of the family.

To the Fabrizio Family, We are so sorry for your loss. We will never forget all the fun we had
together and all the laughs. Joe was a wonderful husband,father & Grandpa. Prayers for him.

So Sorry for your lose what a great guy Joe was he is missed.

It was always great to see his smile every time he can into D/C. I will miss him. <3