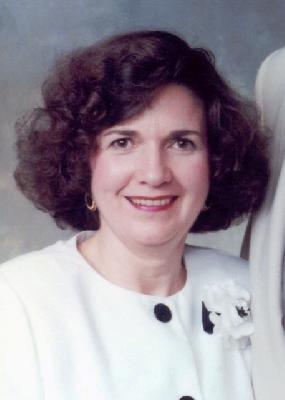 Anderson, Judy Patricia Rains, died at home in New Port Richey, Florida where she moved after she was diagnosed with Alzheimerâ€™s Disease. Judy was born to John Wilford and Theo Ennis (Maxwell) Rains on April 16, 1939 in Nashville, Davidson County, Tennessee. She descended from Captain John Rains, one of the founding families of the Nashville area. Judy graduated from West End High School in Nashville. She married Joseph D. Hutchison and had daughter Reneâ€™. They were divorced and she married E. G. â€œAndyâ€ Anderson and had daughter Marjorie Lynn and son John Walter. As a military wife, Judy took care of the children first in San Francisco, where John died. She decorated cakes and taught hula dancing while living in Ewa Beach, Hawaii. Judy was a bank teller in Elizabeth City, North Carolina. She was a real estate secretary in Mobile, Alabama before she graduated with her Bachelor of Science Degree in Mechanical Engineering from the University of South Alabama College of Engineering. During her 40 years in Mobile, Judy belonged to Daughters of the American Revolution and volunteered in the Richards DAR House. She also belonged to Daughters of the Confederacy. Judy loved to stargaze with the Mobile Astronomical Society. She also traveled around the country and around the world to see solar eclipses.
Judy was preceded in death by her parents, husband, infant son, and grandson Matthew Allen Marler.
She is survived by her sister Susan Windham of Tuscaloosa, AL. Her daughters Reneâ€™ Anderson (Virgil Donaldson) of Chickasaw, AL and Marjorie Anderson of New Port Richey, FL. Her grandson Jeffrey V. Marler of MD, granddaughters Jennifer M. (Lee) Kimbrell of AL, and Jessica L. (Jaime) Witherspoon of CO. Her great grandson Aaron, her great granddaughter Olivia. Nieces and nephews, grandnieces and grandnephews.
Memorial contributions in Judyâ€™s honor can be sent your local astronomical society or to Hospice by mail: Gulfside Hospice & Pasco Palliative Care, Attn: Carla Armstrong, 2061 Collier Parkway, Land Oâ€™Lakes, FL 34639, online: https://www.ghppc.org/

OUR HEARTS ARE FILLED WITH LOVE & LOSS OF OUR DEAR FRIEND JUDY. SHE WAS A GRAND LADY & WE WILL MISS HER/ OUR THOUGHTS & PRAYERS ARE WITH YOU, RENEE & YOUR FAMILY.

Judy was a beautiful lady inside and out. I knew her thru community theater and astronomy. So glad she and Andy are together again. She will be a “heart friend” forever.

I am so sorry to learn of Judyâ€™s death and only two months after Andy died. Sad, sad, sad…
My deepest sympathies for the surviving family members. If I can help with anything in Mobile please contact me.

The UDC chapter will miss our dear friend and member. We will remember her with pride and affection. From all her UDC daughter friends in Mobile.