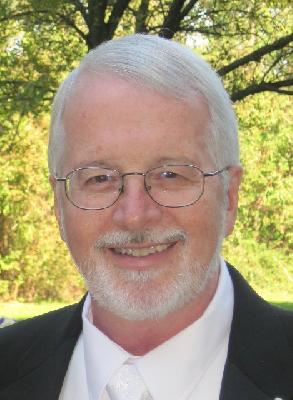 Pyle, Lincoln Douglas
75, of New Port Richey, FL passed away on April 4, 2018, after a struggle with pancreatic cancer. A beloved husband, father, grandfather, brother and uncle, Doug was born in Cleveland, TN on March 23, 1943, to Lincoln F. and Esther A. (Criss) Pyle. He graduated from North East High School in North East, PA and Kent State University in Kent, OH. During his career in elementary education, Doug was a teacher and principal for 47 years in Ohio, Pennsylvania and Florida until his retirement from Pinellas County Schools in 2010. Upon his retirement, Doug utilized his background in ministry and music within the community and as a chaplain with Trinity Medical Center. He is survived by his wife of 53 years, Linda (Kinnison), three children, Richard (Marti), Randy and Suzanne, and four grandchildren, Emily, Erin, Jacob and Abigail. He is also survived by his brother, Richard Pyle (Marla), three sisters Margie McElroy, Betty Beck Blattner (Dave) and Joanna Daniel (John) as well as several loving nephews and nieces. All who knew him will remember Dougâ€™s grace, humility, compassion and life of service to others. He was a family patriarch, north star, moral compass and living embodiment of being made in the image and likeness of Christ. A celebration of life will be held at a future date. In lieu of flowers, contributions may be made to West Pasco Historical Society (www.westpascohistoricalsociety.org) or Moffitt Cancer Center (www.moffitt.org).

So sorry to hear about Doug. Know that he is with the Lord and at peace. Doug was great to work with at Highland Lakes Elementary, and you're family is in my prayers.

So sorry for your loss he will be greatly missed by everyone at the Saturday music jam at Elfers.

We would meet at McDonalds once a week and chat about Christianity. I will cherish his friendship as long as I live. I wish his family Peace and Courage.

Uncle Doug was an encourager, a motivator!! His life exemplified the love of God. His love for his family as well as friends is still felt today. Even tho we may not ever get to hear Uncle DOUG play the organ again on earthâ€s side, his music will never fade! I love you!

Linda,will always remember our conversations about Doug's kindness toward those who had fallen on hard times. My prayers are with you and your family.

Gail and Jon Gotwald (IGail was a teacher with Doug and our daughter Joni was his 5th grade teacher. )

My prayers and memories go out to Doug's family. My daughter loved him as her teacher and I enjoyed working with Doug. May the memories of his wonderful heart stay with his family.

Dear Linda,You have our deepest sympathy.Doug was a great blessing to Clara & I.I worked with him recently on a tribute to Raymond Crowley in which he compiled a writing.Love, John & Clara

It was my privilege & honor to know Doug through our mutual Thursday organ group & also as Chaplin of Trinity where I worked as a nurse. Doug was a true man of God . Will miss his wonderful singing & playing on Thursday afternoons

We at Asbury UMC would send our condolences and prayers for the family! Doug was a wonderful person to know. We appreciated him coming every week to play the piano for our HymnSing Group. He was loved by many. He always was willing to help with any need. He did several things around the church as he could. Always willing and so helpful. We were so very sorry to hear of his illness and know he will be missed by many. It is our loss but God's gain. We pray that God will comfort the family in the coming days. Sincerely, Mary (secretary @ Asbury United Methodist Church)