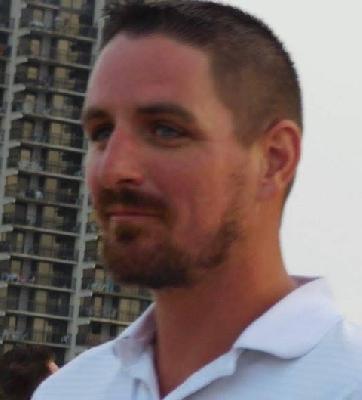 My heart is saddened by your loss and my thoughts and prayers are with you, all.
May peace and comfort find you during this difficult time.
My families hearts are with you and your family. I love you

You were loved by so many people. I will miss our chats late at night on Facebook. I know you are in heaven because the world is not as bright as it was. I know in my heart I will see you again and when that day comes I will hug you so very tight. Love you Luck the duck, Aunt Rainy

Light of the party. The one who makes us dance in the rain. The one who listens as we sing. Now he flys above us looking over us from heaven. You are so very missed here Lucky. Until we meet again.

MY HEART IS SO BROKEN LUCKY. I'M GOING TO MISS YOU FOREVER AND EVER. I THANK GOD FOR YOU BEING IN MY LIFE AND WILL BE HERE IF YOUR KIDS EVER NEED ME. I WISH WE HAD MORE TIME ON THIS EARTH TOGETHER TO MAKE MORE MEMORIES BUT WILL CHERISH THE ONES I HAVE. I LOVE YOU MY HANDSOME BABY GODSON. FOREVER AUNT DEBBIE.