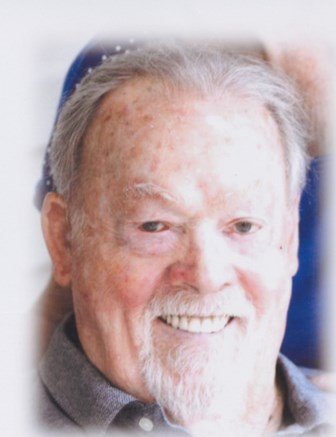 Stallard, Major Glenn R., Sr., Regular Air Force, 84, passed away April 16, 2018. Born in Blythe, California to Hazel Reed and Sherman Robert Stallard, Glenn enlisted at 17, was accepted into the Officer's Candidate School in 1958 and became a pilot, retiring with 11,000 flying hours. Glenn volunteered to go to Vietnam for one year. There he flew EC47's doing low level reconnaissance. In Vietnam, he accumulated 350 combat flying hours, earned 5 Air Medals, the Bronze Star and the distinguished Flying Cross. After Vietnam, Glenn was stationed at Andrews Air Force Base. He flew VIP's, cabinet members and other dignitaries around the world, including the Apollo 13 crew on their goodwill tour around the world. Glenn retired in 1973. After moving to Florida, Glenn became Fleet Maintenance Manager for Pasco County Government. He retired with second wife, Pat Malarkey-Stallard in 2004. Glenn was preceded in death by his parents; brothers, Henry and Charles; first wife and mother of his children, Dorothy M. Raynee; and daughter, Mary Elizabeth. He is survived by brother, Michael Stallard; wife of 22 years, Pat Malarkey-Stallard; and children, Catherine Compton, John Stallard and Glenn Stallard, Jr.; and stepson, Kelly Malarkey; grandchildren, Kerry Hart, Kelly Goudy, Whitni Graves and Miles Stallard; step grandchildren, Jared McNamara and Cody Malarkey; six great grandchildren and seven step great grandchildren. A memorial service will be held April 24, 2018 at 10AM at Dobies Funeral Home, Hudson Chapel. Interment will be at Florida National Cemetery, Bushnell, FL. The family requests donations in Glenn's name to St. Jude's.

I miss you so much already, I cannot imagine what I will feel when the dust settles and I am alone with you.

Just know that you will be in my heart and in my thoughts forever.

Thank you for 35 years of every kind of passion, love, and friendship we have known, and for being the wonderful husband, lover, father and stepfather to all of our kids, and for always letting me know that I was the love of your life.

My heart goes out to Glenn's sons, daughter, children,grandchildren and stepchildren but mostly my dear Aunt Pat whose devotion and love for him and he to her is unlike any other. Glenn was an amazing man who accepted me as his niece and I loved him very much. I will miss him and am grateful and proud for having known him and for the love he gave to Pat and us all. Goodnight sweet prince.

My deepest condolences to Pat and Glennâ€™s family. I am honored to have met Glenn a few years ago at a family reunion – what a kind, congenial and loving man. Pat, I am so sorry you have lost the love of your life.

Dear Pat and family: Having corresponded with Pat for a couple of years now that she and my husband Russell, her cousin, were re-united by Ancestry.com, I can truly say that I know how much Glenn was loved and taken care of by Patricia. Since Russell's passing, I can understand the loss but also the pride in being able to be there for him to the very end. God bless you and send you peace. May his soul rest in peace. Judy BB