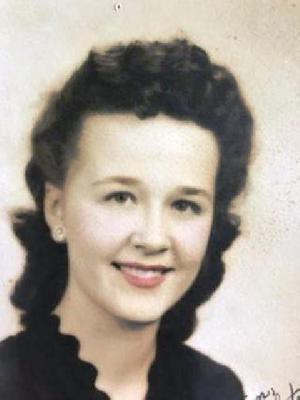 Palm Harbor, Florida
Marilyn L. Swanson of 1630 Wendle Way died unexpectedly on Saturday, March 2, 2019.
She was born in South Portland, Maine on November 17, 1927, the daughter of John J. and Marguerite Grant King.
Marilyn graduated from St Petersburg High School in 1946 and went on to obtain a nursing degree from the Maine Eye and Ear Infirmary in 1952.
She worked as a registered nurse at Emory University Hospital and Massachusetts General Hospital before settling at the Maine Medical Center in South Portland.
She was married to Hugh R. McDonough in 1956 until his death in 1973. She retired from the nursing profession to raise their two children.
She remained active in her children's school activities and became Volunteer Coordinator at East Lake High School from 1987 to 1989.
She also served on the board of the Homeowner's Association in her later years.
Marilyn was such a vibrant force in the lives of anyone she touched. One could not help but be drawn to her magnetic personality.
She deeply cared about everyone she knew and her loss will be felt far and wide by those who loved her best.
She is survived by her two children, Marianne McDonough and Matthew McDonough, both of Palm Harbor.
Burial services will take place at a later date where Marilyn will be interred next to her beloved husband in South Portland, Maine.

Marianne and Matthew, Im sorry to see that your mom had passed. I wanted to connect with you to let you all know that my mom, Marguerite passed yesterday. All the cousins are back together again.