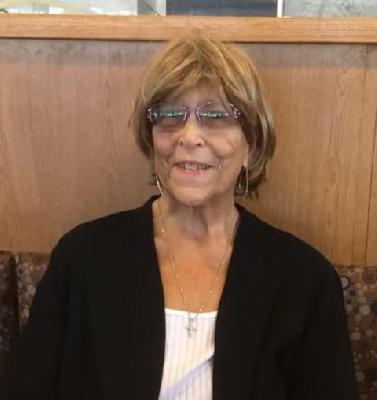 Martha E Wagner,
age 70 of New Port Richey Florida was called to her heavenly home on April 1, 2019. Born in Buffalo, New York on March 22, 1949, daughter of the late Robert and Edith (Snyder) Collier. She is survived by her loving husband of 53 years, James Wagner; 3 children, Charles Wagner, Jill (James) Dietz, and Jack (Carol) Wagner. Also survived by her brother Robert (Barb) Collier and several nieces and nephews in Buffalo and Florida.

All those who knew Martha, knew she adored her four grandchildren Amanda Dietz (Andrew), Christopher (Emily) Dietz, Joseph Wagner and Sarah Wagner. She was immensely proud of all of them and you would most likely not get through a conversation without hearing her talk about one of them. Her heart overflowed with love whenever she spent time with them.

Martha had several life-long friends which is a testament to the loving, caring person that she was. Most notably, Barbara Porter was in her life from when they were very young girls and considered themselves sisters.

Florida friends are invited to join the family for Mass at Our Lady Queen of Peace Catholic Church on Thursday, April 4th at 11:30am with the Rev. Sebastian Earthedath officiating.

Buffalo area friends are invited to join the family for Mass of Christian Burial at Blessed Trinity Roman Catholic Church, 317 Leroy Ave, Buffalo NY on Saturday April 13th at 10am.

In lieu of flowers, the family is asking for donations to Gulfside Hospice in Land Oâ€™ Lakes Fl or Roswell Park Cancer Institute in Buffalo NY.

To all of Marthaâ€™s family and good friends,I am so sorry for your loss. May God ease your pain and mine too. I love you Martha and miss you already.

Martha grew up next door to me.Feel saddened by her passing.I know she in heaven with her mother and father now.

So sorry for your loss . The love , the pain you are suffering is shared by all of us . She was a gracious and loving lady , she will b missed by all she has touched in her life. My prayers are with you the family.

Kathy oleksy (We were besty friends)

Martha and I played together until we moved when I was 11. She grew up next door to my cousins the Demmas and Meillers. Her mom babysat me when my mom went to work at Sears when I was 5. Then many years later we reconnected in Florida and we both still loved to play games. We went to Bingoand played thousands of words with friends games online. We picked up right where we left off those many years ago. Such happy and great memories with the dearest of friends. We loved each other for te least ten years and confided in each other and yes we loved to go shopping and yet she seemed to buy for eveyone else except herself! What a sweet lady who will be sorely missed. No more pain for you Martha dear.

I love you more.

Martha and I played together constantly until I moved when I was 11. We lost touch as we raised our kids and then reconnected years later in Florida. For the last ten years we continued to play games like bingo and words with friends and we loved to shop and had long telephone talks. I will miss my sweet Martha forever. What a compassionate lady and gentle friend to anybody who knew her.

I love you more, forever.

So sorry to hear of Martha's passing. May her family take comfort in the memory of a wonderful lady.