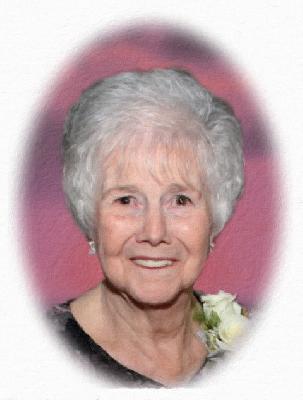 Mary Lou Wright was born on March 15, 1932 in Birmingham, Alabama, the second oldest of six surviving children to Eugene â€œGeneâ€ and Ivy Mae Williams. She graduated from Shades Cahaba High School in what was a suburb of Birmingham. In 1949, when she was 18, she married Daniel Marvin Wright. They immediately moved to Green Cove Springs near Jacksonville for Dan to resume his Navy service. In 1951, the first of three daughters was born. That was Debra Lou who predeceased both her parents in 2012.Four years later, Dana Ruth entered into the family. Then, six years later, DeAnna Elizabeth arrived. In March of 1968, the family moved to New Port Richey. Dan started an air conditioning company which in time would become the Dan Wright Corp. Soon their daughters wed. Debbie married Jim West; Dana, Richard MacDougald Monroe and Dee, Kenneth Bruce Parr. From these marriages, there were seven children: Chirstopher, Brandee, Christi, Jamie, Elijah, Paris and Courtnee. God continued to bless them with 14 great0grandchildren. Dan went to be with the Lord on March 10th, 2014 and Mary Lou passed Tuesday, August 21st. They were longtime members of First Baptist Church of New Port Richey.

So many happy time we shared. She will always be in My heart. Prayers and Love to all.