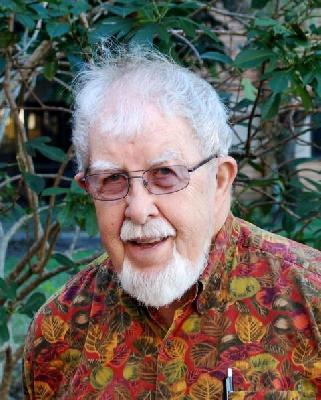 Melvin McIntosh (1919-2019)
LARGO, FL/ HOLLAND PATENT, NY- Melvin passed away May 3, 2019 at Largo Health Center. He was born November 25, 1919, in Spartanburg, SC, to Melvin and Olive McIntosh. He was raised in Worcester, MA, the eldest of four brothers and one sister. On December 8, 1941, he left college and enlisted in the Navy. He held the rank of Pharmacistâ€™s Mate and was assigned to an LST which saw action in the Mediterranean and participated in the D-Day invasion of Normandy.
On June 27, 1942, he married Maxine Maynard who became his partner for 62 years before she passed away in 2004. After retail positions in Worcester, MA and Albany, NY, Melvin moved his family to Holland Patent, NY in 1958 so that he could accept the position of manager at Doyle-Knower, a womenâ€™s clothing store. He was active in the community with the Foothills Girl Scout Council, the American Field Service, the Holland Patent Central School PTA and as elder in the Holland Patent Presbyterian Church.
He retired to Maryland in the 1970â€™s, where he became involved in the Christian book franchise, Successful Living. After moving to Florida, he became an active volunteer at the Morton Plant Hospital and in the St. Paulâ€™s Methodist Church. Due to his love of baseball, Melvin also ushered at the Philadelphia Phillies, Clearwater, FL ball park but was sometimes conflicted because he was a lifelong Yankees fan.
Melvin was a man with a strong faith and a gift to all those who knew him. He was quick to share his faith with others and, as a result, changed lives. He was predeceased by his brothers and sister and his wife. He is survived by his daughters, Jane (companion, Jim), Sandra (husband, Curtis) and Elizabeth; his son, Donald (wife, Patricia); seven grandchildren; and eight great-grandchildren.