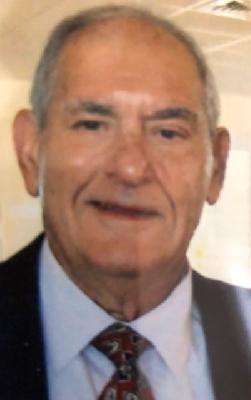 Gonatos, Michael, 80, born in Tarpon Springs, passed away March 1, 2018. Michael graduated from Clearwater High School in 1955 with the honor of being chosen â€œMost Talentedâ€. He graduated from the Citadel in 1959 where he played the â€œRevelleâ€ every morning to his fellow cadets. He played the trumpet for the Florida Orchestra. Music was a great love for him. Deciding to move on, he went on to work for Bordens Dairy Company, then on to banking. He lived in Leesburg, FL and became president of the Lake County Bank. He was a founding member of the Holy Trinity Greek Orthodox Church. He is predeceased by children, Celia Gonatos Mosley and Nicholas Gonatos. He leaves behind his daughter, Olympia (Al) Lopez; grandchildren; sisters, Magdaline Milo and Maria Fellios; and brother, Jim Gonatos. Visitation Tues., March 6 from 6 to 8 pm at Dobies Funeral Home, Tarpon Springs with Trisagion at 7PM. Funeral Service Weds., March 7, 2018, 11AM at St. Nicholas Greek Orthodox Cathedral.