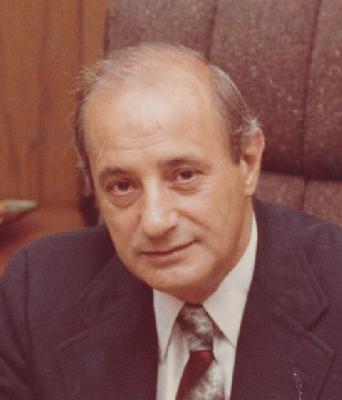 DeLaquil, Pascal, Jr.,
91, born in McKees Rocks, PA to Pascal and Mary DeLaquil passed into the loving arms of his Lord and Savior Jesus Christ on Saturday, June 23, 2018. After college he became a successful business man. In 1978, he received the Small Business Man of the Year award for the state of Pennsylvania. He was very active in the Architectural Aluminum Manufacturers Association, known as AAMA. In 1984, he was awarded the Charles Martin Hall award for Meritorious in Service & Leadership to the aluminum industry. Upon retirement he moved to Florida where he became the President of Permaguard Industries of Largo. He was preceded in death by his parents and five siblings. He is survived by his
beloved wife, Alice, and children Pascal (Sheila), Mark (Diane), Janice Buchko, Gary, Donald, David (Daniela), Joyce (Joseph), Jill (Jeff), and Scott. He leaves behind 18 grandchildren and 16 great grandchildren. He served in WWII having enlisted in the US Navy on February 1, 1945. He is honored for his service with a military honor guard at graveside. Service will be at All Saints Episcopal church in Tarpon Springs on Saturday, June 30, 2018. In lieu of flowers, please make donations to the American Heart Association.

May the Lord Bless Pat and Give Him Life everlasting in God's Kingdom.

Vickie Sanfod (Friend of the family)

I am so sorry for your loss. I'm so glad that I got to meet him. Praying for your family.