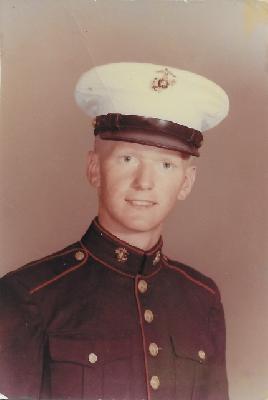 Pat was born Nov. 15, 1946 at the Titusville Hospital, a son of the late Daniel L. McMunn and Bertha Jackson McMunn.

Pat was self employed and a hard worker. He and his wife owned and operated several businesses in the field of construction along with a building supply company.

He was an awesome husband, father and grandfather and spoiled his children and grandchildren in a loving way.
He had a big heart. There isnâ€™t a person who crossed his path that he didnâ€™t help in some way.

He had his private pilots license and enjoyed flying his plane, making several trips back to Titusville. He enjoyed spending time in Pa. hunting and feeding the masses at hunt camp. He enjoyed pickinâ€™ and grinninâ€™ and was a member of the Soggy Bottom Bluegrass Bunch. Also a member of the Moose Lodge in Hudson, Fl.

In addition to his parents, he was preceded in death by two sisters, Jane Bierce Stokes, Cathy McMunn Hayden, one brother, Thomas McMunn.

In lieu of flowers the family asks that donations be made to Wounded Warriors.

Dear Marlene and family
So sorry for the loss of Pat and your dad. Please know that we will pray for peace for you all. Our love to you.

Marlene, We are so sorry for your loss. Sending our thoughts & prayers. May God wrap his arms around you and comfort you.

Marlene,We are very sorry to hear Pat has passed. He was always ready with a helping hand, he shared what he had even his unique sense of humor. He will be missed.

Dore, Roger and the entire McMunn Family, I am so sorry for loss. Cherish the memories, May He rest in peace.

Dear Marlene and family, we are so sorry to learn that Pat has passed away. You are in our prayers. May God comfort you through this heartbreak. Pat will be missed.