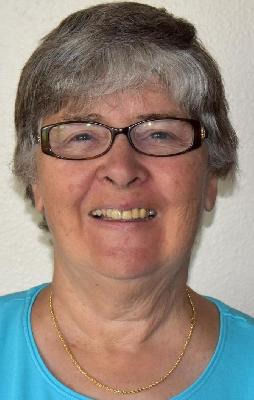 Pearson, Paula J., of New Port Richey, 72, passed away peacefully at home on January 1, 2020 following a brief illness. She is survived by her husband, Jeffrey, two children and their spouses, Christopher and Tracey (Herig) of West Melbourne, Florida, and Karen and Benjamin Griffin of Silver Lake, Kansas, brothers Daniel Goulet (MaryAnn) and Stephen Goulet (Connie) and six grandchildren, Brandon, Camden and Annalynn Pearson, and Tyler, Lucas and Nora Griffin. Paula was a member of Our Lady Queen of Peace Catholic Church.

Paula was born in Attleboro, Massachusetts, and lived in Rhode Island, Connecticut and New York before moving to Florida in 1995. She was a 1964 graduate of Attleboro High School and attended Mt. Ida Junior College in Newton, Massachusetts. She worked as a dental hygienist after graduating from Forsythe School of Dental Hygiene and was a graduate of Northeastern University in Boston, Massachusetts. Paula was a homemaker and participated on several school board committees while living in Connecticut. She was actively involved in Our Lady of Lourdes Church in Gales Ferry, Connecticut and was an avid bridge player in a number of bridge groups while in Connecticut and Florida. She enjoyed traveling, boating and spending time with her grandchildren.

A funeral mass will follow in the spring, in Attleboro, Massachusetts on a date to be announced.

In lieu of flowers, donations may be made to HPH Hospice in New Port Richey, Florida, or St. Jude Childrenâ€™s Research Hospital.

Jeff and family
Please accept our deepest condolences for your loss on behalf of my mom and family
So fortunate she was able to see most of us at my mom's 90th birthday and we were able to be together. Much love and sympathies. Keep the faith. Auntie Ann, Mary Anne and family

I will be with you all in spirit and prayer on Monday.

Jeff So sorry to hear of your loss. Thoughts and prayers for your family

Very sorry for the loss of a dear classmate…prayers for the family and friends.

Condolences to her family and friends.

So very sad to hear that Paula has passed away. We had a wonderful friendship in high school that I will never forget. Condolences to her family especially her brothers, Stevie and Jeff.

I meant Stevie and Danny. Sorry.

I am so very sad to hear of Paula's passing We were good friends in junior high, and high school. My condolences to her Family! May she rest in peace with no more pain.