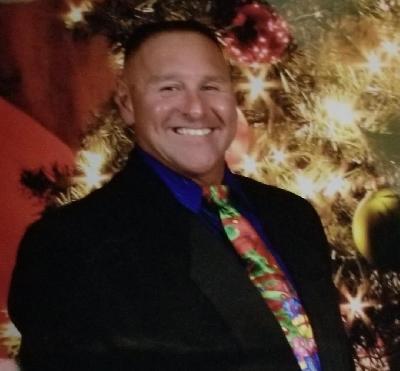 Rick excelled at many things in life. In high school he was a basketball star. He joined the Army in 1980 and proudly served our country. In 1995, he was named Mr. America for his bodybuilding competitions. He gained his pro bodybuilding card in 2009 and continued to work his body daily. He was incredible at building and designing things.

Rick knew no strangers and was always willing and generously lending a helping hand to others. He loved his family, animals, and friends tremendously and was very passionate about his Native American heritage.

A huge inspiration to many… A mentor, a teacher, protector, husband, father, brother, and most loyal friend.

He enjoyed horseback riding, going on cruises, boating on the lakes, camping in the adirondacks, partying with his pals, and was the constant life of the party making people laugh uncontrollably. He was crazy in all the best ways…

There will also be a service held in his hometown, Rochester, NY. Time and location to be announced.

My heartfelt condolences to
Kim and the family. Rick was
such a great guy.
You are in my thoughts and
prayers.

My prayers & love to you all! I will always remember Ricky as being my â€œcool older cousinâ€
What a heart of gold he had!
Rest In Peace now! Love you!

To the best uncle this life gave me, I already miss you more than words can say. I knew no matter where, no matter what you had my back and guided me through this life. God gained a beautiful angel

I offer you my thoughts, prayers and well-wishes during this dark time in your life. May God give you the peace that you seek.

Dearest Kimmy, Brenda and Linda, Shar and Candace. Words can't express the sorrow that I feel for you. I've been thinking of you alot. Love you all xo â¤

Dearest Kimmy, Brenda and Linda, Shar and Candace. Words can't express the sorrow that I feel for you. I've been thinking of you alot. Love you all xo â¤

Kim, I am so sorry for your loss. He was a very generous and fun guy. My prayers are with you and your family. Hugs, Debbie

My deepest sympathy Kim. I am so sorry for your loss and I canâ€™t imagine what you are going through. My thoughts and prayers are with you. I will be looking for the arrangements when you are in Rochester. God Bless. Darla

Kim,
My family and I are thinking of you and praying for you and all of your family. May God wrap his loving arms around you and carry you each day.

Brenda and family,I am so very sorry for your loss. Rick was an amazing person and I am very blessed to have known him. May he be reunited with our angel Nikki and rest in peace<3

Dear Kim and family,
My heart breaks for your loss. I have no words to describe how very sorry I am. May the holy spirit strengthen you and cover you in a blanket of peace that you may find rest.

Sharing in your sorrow, in love and friendship,
Dawn

Kim,
I am so sorry. It was a pleasure meeting Rick just a few short weeks ago. From just my limited time, I could tell he liked to have fun and was a genuinely friendly guy. I know he will be deeply missed. Sending my prayers and thoughts for you and your family.

My prayers & love to you all! I will always remember Ricky as being my â€œcool older cousinâ€
What a heart of gold he had!
Rest In Peace now! Love you!

My love and heart is with kimmy and Brenda and Rickâ€˜s family,,, I believe he is happier there than any of us are really here ! Heâ€™s home now with God,,, with are fatherðŸ™â¤ï¸