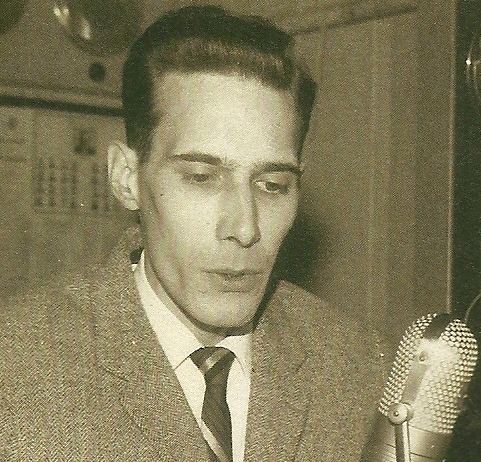 Born George Melvin Dvoryak on June 7, 1938 in the town of Sharon, PA, he was immediately claimed to be the sunshine of his motherâ€™s life. Hence, the nickname, Sunny was his moniker for his sister Doreen and many, many cousins, along with his niece, Gabby and nephews Mark & Chris. He grew up in Harrisburg and graduated from John Harris High School. His ambition during those years was to become a brain surgeon and dedicated himself to four years of Latin. But his deep, melodic voice got him into the local radio station as Sunny Knight, spinning tunes and wooing the ladies. He also developed his love for speed and was winning drag races at the local track. The local Chevrolet dealer asked if he wanted to race Corvettes for them and a 65-year relationship was born. We lost count of all the Corvette convertibles that he motored in, but the last one was traded in two years ago.
Brain surgery went out the window, Uncle Sam came calling and off he went to Europe during the Vietnam era with AFN Radio to broadcast to troops. Spain was the backdrop for his work and his reporting. After his honorable discharge, he pursued better broadcast markets, mostly in western states including Colorado and Texas. Eventually he wanted job security and landed in Atlanta with the Department Health editing publications. He used this as the springboard for his final professional position, National Media Director for the US Forest Service. Initially located in the Philadelphia area, he was called to be based in Washington, DC. His early retirement opportunity fit perfectly with his long-term plans of retiring â€œto be in charge of his own agenda.â€ Specifically, that meant living on the beach in Mazatlan, Mexico, catching fish as many mornings as they were biting and sipping margaritas. When the heat was too much there in the summer months, Robert was a â€œsunbirdâ€ in Florida, doing some fishing, but also pursuing his handicapping, scouring his racing websites for a few good opportunities for a $2.00 show bet.
Please understand, he did not accomplish all this alone. His first love, Carol, was his high school sweetheart. That romance gave this world George. Then he was smitten by Alice before going into the service. He recently learned that the world was blessed by a daughter, Carolyn, who just entered his life in 2019 after searching for her birthfather for 8 years. During his years in the service, with his wife Michelle, he welcomed daughter, April and son, Michael, making a family of four. And there was still to be another family on the horizon. He and next wife, Barbara, brought us Kim.
But the best was yet to come. In 1978, he met the love of his life, Susan. She shared his passions for great food, wonderful wine, travel to just about anywhere and the outdoors as they eventually built two investment homes in Avon, NC. Then they boated on the Chesapeake, acquiring a bigger and newer boat every few years until Heaven Can Wait was christenedâ€”one of their favorite movies. In the meantime, they traveled to islands, and foreign lands looking for that early retirement home. Once they found Mazatlan and El Delfin Condominios, they were sold. There were so many wonderful years and trips along the Pacific Coastâ€”we called them Travels on the Edge with the Conrads. Friends so dear, they willingly came along on adventures that took us to tiny fishing villages eating freshly caught fish, thrown on the grill to luxurious accommodations in Acapulco for a pittance.
Change came along again and full-time life in Florida was our final chapter. But the travel bug and the sea kept calling. Cruising life, with 4-5 cruises a year, became our joie de vivre. A spectacular trip to Europe last fall celebrated Robertâ€™s 80th year with us. It was jampacked with so many bucket list items, we were reviewing the pictures every few months and were still enjoying the wine that we had shipped from Italy. There were a few bucket list items that I will check off for himâ€”a return to Paris and Mazatlan.
The speed that the twinkle in his eye and his beautiful smile disappeared still haunts. His wishes were followed, and he seemed to know that he was facing some final challenges as he left me some messages to find that I will treasure always. His children will come together with me in Pennsylvania to celebrate him along with family and friends later this month. Another celebration of life will happen on October 26 at 2:00 PM at the Church on Bayou, Tarpon Springs, FL.
He was predeceased by his sister, Doreen, daughter, Kimberly and sister-in-law, Shirley. He is survived by his wife, Susan, son George (Susan with Liana), children Stacey and Kelly; daughter Carolyn, children Janelle (sons Cooper & Logan) and Andrea; daughter April (Paul), son Michael, and Kimâ€™s daughters Chelsea and Kirsten. He is also survived by sisters-in-law Judy and Sandi and brothers-in-law Jim (Janet) and John. I have purposely left out last names so scammers cannot prey on all of us who have already lost a part of our life.
In lieu of flowers, donations may be made to SPCA Suncoast, 7734 Congress Street, New Port Richey, FL, 34653 or Church on the Bayou, 409 Whitcomb Bayou, Tarpon Springs, FL 34689. Thank you.

Robert was a dear man. I will miss him very much. My thoughts and prayers are with you Susan.