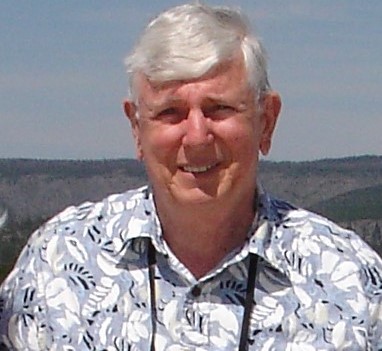 Ronald was born in Sommers Point, New Jersey on July 31, 1936, and moved as a child to St. Petersburg to live with his maternal grandparents, George and Gertrude Stroup. He graduated from St. Petersburg High School and married his high school sweetheart on December 20, 1956. Ron and Nancy immediately started their family, which became his top priority.

In 1960, Ron began his career with the city of Pinellas Park as a police officer, achieving the rank of Lieutenant. His exceptional work ethic and respect for all people led to other opportunities, including Finance Director, Assistant City Manager, and Police Chief, until he became the City Manager in 1984. After 35 years of serving the city of Pinellas Park, he retired in 1995 to spend more time with his family.

Ron was a leader in his community, heading up multiple areas of youth athletics, from football & cheerleading at Davis Field to basketball at the Boys Club. He always went beyond what was expected by doing things like taking the boysâ€™ basketball team to a Harlem Globetrotters game. It was important to him that young men had positive role models, and he strived to be that example. Pinellas Park named the Forbes Recreation Center at Helen Howarth Park in his honor.

He dedicated his time and talents to serve in various Florida business organizations. In addition, he led in many areas of his church, where he also sang in the choir. Whatever he did, it was with honesty, integrity and compassion. This extraordinary man will be greatly missed by his family and friends.

Ronâ€™s family would be honored by your presence, as we celebrate the life of RONALD P FORBES

If Ron influenced your life, or you have a remarkable story about him, we would love to hear from you. Opportunities to speak will be provided during the celebration, or if you do not wish to speak, but would like to share, please write out your story and bring it with you.

In lieu of flowers, donations may be sent to any of these organizations In Memory of Ronald P. Forbes:

(Flowers, if sent, should be delivered to First United Methodist Church – NOT to Dobies Funeral Home)

Hi Nancy, A very sad time for you and your family. My thoughts and prayers are with you! God bless you all!! Ginny

So sorry to hear about Ron. I always thought about both of you when seeing his name in the paper. I understand how you feel as I lost my husband 7 years ago. I will keep you and your family in my prayers. Hopefully we could reconnect!

I know this is incredibly late but Iâ€™m just now learning of Ronâ€™s passing. He was always incredibly kind to a young awkward kid who he probably didnâ€™t want hanging around his daughter! I know he was loved and respected by his family and community.

I do apologize for how late this, I just today found out about Mr Forbes passing. I have great memories of him, as a mentor and my coach at the Boys Club. I am sorry for the Forbes family loss