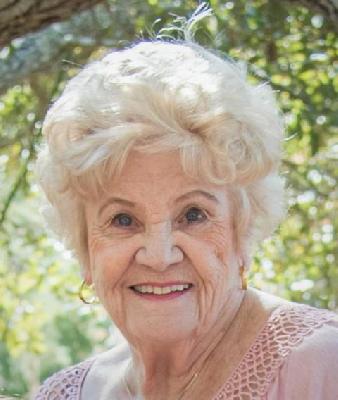 Ruth Spitznagel, age 87, died on Saturday, November 24th at her daughterâ€™s home in Valrico, surrounded by her loving family. Ruth was born on March 16, 1931 to Elise and Anton Grosch in Bayside, New York. She and her brother Frank grew up in Brooklyn, where she graduated from Mathias High School.

In 1955 Ruth met her husband Carl Spitznagel, and they were married on July 7, 1956. Ruth and Carl had three children together and raised their family in Commack, Long Island where Carl practiced law and Ruth managed the office. In 1982 Ruth and Carl and their three children moved to Tampa, Florida, where they owned and operated video rental businesses. In 1988 Ruth began her career at Beallâ€™s department store and quickly became a department manager. She retired in 2007 to spend more time with her growing family.

Above all else, Ruth loved her family. When she lost her beloved husband Carl in 1993, Ruth lost her best friend and partner in life, but she knew that her growing family still needed her and loved her deeply. During some of the worst years of her life, Ruth was able to work full-time at Beallâ€™s, babysit whenever needed for her eight grandchildren, host holiday celebrations, develop some beautiful friendships and enjoy every opportunity to be with her family. She had many adventures with her children and their families over the years and made some wonderful memories for her family to forever cherish. In 2010 Ruth proudly became a great-grandmother for the first time. She felt so incredibly proud, blessed and enormously thankful to have been able to see her first grandchild have his first child, but she still had more blessings to come. Over the next eight years Ruth was able to welcome to the world and love five more great- grandchildren, on whom she doted until the last days of her life.

Ruth was preceded in death by her husband Carl, her parents Elise and Anton Grosch and her brother Frank Grosch.

She was a strong, loving and beautiful woman who will be forever loved, cherished and greatly missed by us all.