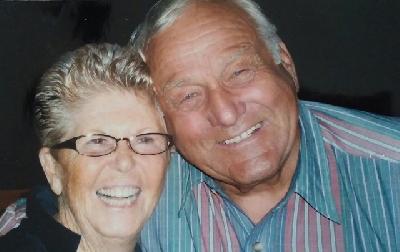 Stanley grew up in Cass City, Michigan, and served two years in the Military, traveling extensively throughout Europe, serving as an assistant to Special Services.

Stanley lived in Grosse Pointe Shores and St. Clair Shores, Michigan, while raising his family. He served as Sergeant of The Grosse Pointe Shores Police Department for 35 years. During his years on the police force, he made many life long friends, many among his fellow officers as well as the residents of the City of Grosse Point Shores.

Stanleyâ€™s favorite hobby was building. He always had a project or building under construction, and was extremely successful in numerous side businesses.

Stanley, along with his wife Barbara, successfully renovated and ran a bed and breakfast and fitness spa at Spring Farm Spa, their familyâ€™s Centennial Farm in Snover, Michigan. The farm was his pride and joy, and has remained in the same family for over 100 years. He was known for his positive attitude, work ethic, and wonderful storytelling.

He is also survived by his sisters and brothers, Lillian Gibbard, Pat Walsh, Eugene and Richard Otulakowski. He is preceded in death by his wife Barbara and siblings Leo and Stella Lesczcynski.

A Celebration of his Life will be held at Spring Farm Spa in Snover, Michigan, the Summer of 2018, date to be announced. In Lieu of flowers any donation large or small please make to hospice@ghpcc.org or call
727-845-5707

If a family member should read this I wish you would contact me. I worked for Barb at the Greek Assumption Church soooo many years ago. Around 40… Today I thought about her as I have many time over those years and discovered her obituary and then Stan's. How unbelievable that you should lose two beautiful souls within a few months. That is heart-wrenching. I would love to talk about her to one of her children perhaps. It has been 7 months so I don't know if this will make its way to you or not. I hope time has healed some wounds. You have my deepest sympathies.

Iâ€™m so sorry to hear about the passing of Stan & Barb.
Teresa & David, you may remember that our families lived in the Shores,where your Dad was a Police Officer. We had the apt. next to yours,
above the police station.We shared the porch.
Again Iâ€™m sorry for your loss.
Michelle Gates Baker