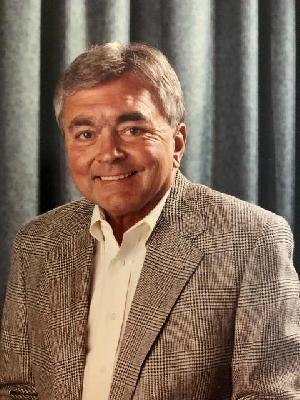 I am very sorry I wasn't able to attend in person. I would like to send my love and condolences to Ellida, Alan and Danny for their loss.
May he rest in peace.

I have known Steve or should be say Kenny for over 70 years. We started school together and graduated together. He was a good friend for all these years and will be missed.

our condolences to Ellida and family. We were so sorry to hear of Kennys passing.Please know our thoughts and prayers are with you. We hope you'll find comfort in your happy memories and in knowing that God cares for you in these hard times. Peace and love, Jay and Becky

Ellida, Alan and Dan
My most sincere sympathies for all of you. My heart is broken…I'm so sorry I can't be there with you. Love, Judy

Ellida my thoughts and prayers are with you and the family.

Ellida my thoughts and prayers are with you and the family.

Steve was very fortunate to have you in his life. We could see the love between both. We could see Steve didn't need anything but YOU!! GOD bless you and your family will remain in our prayers.

I was so sorry to hear of Kennyâ€™s passing. I know he was ill for sometime and now he is at peace. He always had that smile that lit up the whole room. May God bless and comfort you. Love, Mary
â€œTessâ€