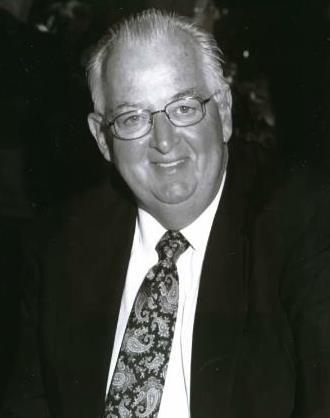 McKenna, Terrence Barry â€œTerryâ€, son of Dr. Joseph B. McKenna and Eileen Deasy McKenna, was born March 2, 1947 in Woonsocket, RI. Sadly, our Papa passed away at age 71 on Sept. 29, 2018 in Trinity, FL. We were blessed to have been holding him while he went to Heaven.

Friends and family can pay their respects at the Celebration of Life, officiated by Terryâ€™s brother, Deacon Brian McKenna. The service will be held on Wed., Oct. 10 from 4 to 8 pm at Dobies Funeral Home, 6616 Congress St., New Port Richey. An additional service will take place in Terryâ€™s hometown, Woonsocket, RI. A piece of his heart will always remain there. Service will be held Friday, Oct. 12 from 4 to 7 PM and will be officiated by Rev. Peter Tierney and Deacon Brian McKenna at St. James Episcopal Church, 24 Hamlet Avenue, Woonsocket, RI.

Terry leaves behind his high school sweetheart and wife of 53 years, Judy Creason McKenna; his sons, Terrence Barry McKenna, II, Eric Christopher McKenna; and daughter, Kelly Eileen Leclaire. His legacy continues with seven grandkids and five great grandkids. He is also survived by his brothers, Kevin, Brian, Neil and Brendan; and sister, Kathleen Mullen. Terry is predeceased by his parents and two brothers, Dennis and Dennis M. Our Papa loved the people of Trinity. He felt like he was on vacation every day! There are so many wonderful organizations Papa loved to volunteer, work, run and help as long as it made a difference in someoneâ€™s life. He was a member of his beloved fraternity, Phi Delta Kappa which is â€œthe oldest fraternity in Americaâ€. So many wonderful acts of kindness and needed help for Pasco County. Terry happily volunteered! A few other soft spots for Terry were working with Good Samaritans of Pasco County, Pasco Kids First (gave the kids an awesome Christmas in July Party), The RAP House homeless shelter for kids under 17 who just need a chance and some faith. Our Papa was a loving man, has given away his last $10 and would hug anyone who needed one. Terry was born and raised in Woonsocket, RI. He raised three kids in RI. Definitely a true Patriots fan. He had a blast and even attended a few Superbowls! Terry started a successful business, Terryâ€™s Tire and Auto Service, Inc. He ran Terryâ€™s successfully for 30+ years. His heart and soul was in Woonsocket. He was a member of the Zoning Board, Paul Harris Rotarian, he kept our soup kitchen, “because HE lives”, open for many years thanks to all of his fundraisers at his shop. As Papa once said â€œbe very thankful for the beautiful people of Woonsocket. They have given our family a wonderful lifeâ€. He was one of the main team players in getting Woonsocketâ€™s money back from the major DEPCO crisis. He had a powerful and persuasive tongue. Yet, if there was a sincere need for Woonsocket, Terry would be at the head of the line offering help.

Judy and Family:
We are so very sorry for the loss of such a wonderful man. He was such a wonderful friend to all that met him and such a bright light. A crappy day was sure to turn into a better one with Terry around. The world lost a beautiful soul but heaven certainly gained an angel. He gave it a good fight and now may he rest in peace. Our love and prayers to all of you in the coming days.

The McKenna Family,
My deepest condolences. I knew Terry, Judy, Kelly and Eric through his business, Terry's Tires and through his works with Because He Lives ministries. He was a great person and I am proud to have known him.

I now live in Florida as well and thought I would attend his memorial service. However, I got the dates mixed up and went on Saturday October 6 and wondered why no one was there.
So sorry, I am not able to attend on the 10th but you will be in my thoughts and prayers.