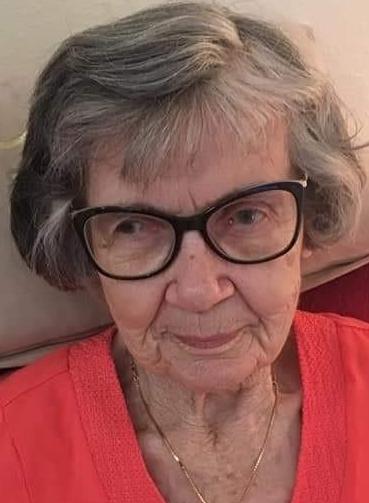 93 of Tarpon Springs passed away on August 22, 2019. She was born in Niles Michigan in 1926 to the late George and Esther Benning. She attended school in Logansport Indiana at Logansport High school where she graduated. She married the late Kermit A Black in Cass County in 1946, and began her life traveling the world as an ARMY WIFE for 20 years. In 1965 she moved with Kermit and their 4 children to Tarpon Springs. Theresa has been a member of St Ignatius Catholic Church since 1965 and was well respected, always generous, an encouraged others to live their best lives. She also worked at St Ignatius Catholic Church for 25 years where she retired as the office manager. Theresa remained active in the church as a member of the Altar Linens Guild, Womenâ€™s council and the AMVETS (American Veterans) Ladyâ€™s Auxiliary. Survived by her children Carolyn (Larry), Linda (Boyd), Diana (Michael), Michael (Janet); 8 Grand Children; 16 Great Grand Children; 4 Great-Great Grand Children.

I am so sorry for your loss, I pray that God provides you and your family with the strength you will need to see you though these up coming days.

The Pizarro Family offers our condolences to the Black Family for your loss.

Mike, so sorry for your loss. My condolences to you and your family.

We are sorry for your lost and will keep you and your family in our prayers.