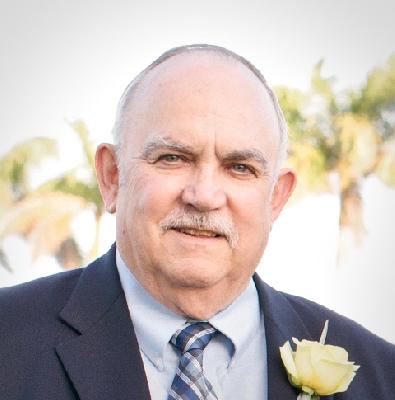 Warren Andrew Smith Jr. of Tarpon Springs, Florida passed away
Wednesday, September 26, 2018. Warren, 77, retired to the west coast of
Florida with his wife Barbara in 1999. Since that time, Warren enjoyed
visiting with his family and friends, reconnecting with his University
of Florida Phi Gamma Delta fraternity brothers, and serving as an elder
at the Presbyterian Church of Palm Harbor, where he was active on the
administrative and finance committees.

Originally from south Florida; Warren was born in Miami and grew up with his brother Dan in nearby Hialeah. He graduated high school in 1958 and
then earned his Bachelor of Science Degree from the University of
Florida, where he developed an enduring love for the Florida Gators!

After college, Warren was stationed at Ft. Huachuca, Arizona, where he
served in Army Intelligence for two years. Following his service,
Warren returned to Florida where he worked as a draftsman for City Gas
in Cocoa, before taking a job with International Business Machines
(IBM). His work with this company would turn into a lifelong career.
Initially, in Florida, his office worked closely with the space center
at Cape Canaveral. In 1971, Warren was transferred to Asheville, North
Carolina where he had two children: a son, Ryan Hunter Smith, born in
1972; and a daughter, Reagan Ann Smith, born two years later in 1974.

In 1977, Warrenâ€™s career with IBM took him to Atlanta, Georgia, where he
continued to advance with the company in many roles, including as a
project manager. He routinely traveled overseas with IBM, the work
afforded him the opportunity to see the world, something for which he
was always grateful.

Warren later met Barbara Beaver at Peachtree Presbyterian Church in
Atlanta, and they were married on December 15, 1984. Barbara also had
two children, David and Steve Strickland. In 1992, Warren earned a
Master of Science degree in Technical and Professional Communication
from Southern Polytechnic State University. After a distinguished
career with IBM, spanning more than 30 years, Warren retired in 1998.
Warren and Barbara were residents of the Horseshoe Bend community in
Roswell, Georgia, just north of Atlanta, from the time of their marriage
until they moved to Tarpon Springs, Florida in 1999 after retirement.

In his years in Asheville and Atlanta, Warren enjoyed spending time
hiking and camping in the Appalachian Mountains, and he taught his
children a deep appreciation and love for the great outdoors. He
enjoyed traveling throughout his life, and visited many places through
his travels with IBM and with his wife Barbara.

Warren was a history buff and an amateur genealogist and enjoyed tracing
the roots of his family back over many generations. Along with his
brother Dan, he extensively researched his family's history and roots in
Umatilla, Florida, the hometown of their parents Warren Sr. and Bernice
Smith. Warren was a loving and dutiful son, traveling frequently to
Umatilla to visit and care for his parents in their final years.

Warren is survived by his wife, Barbara; son, Ryan; daughter,
Reagan Goodnough; step-sons, David and Steve Strickland; five
grandchildren, Rachel, Emily, Hattie, Charlie, and Lucy; and his
brother, Dan. Additional photos of Warren, with his family and
friends, can be found at:
http://www.forevermissed.com/warren-andrew-smith-jr/

A memorial service will be held to celebrate Warrenâ€™s life on October
13th at 11AM at the Presbyterian Church of Palm Harbor, 2021 Nebraska
Avenue, Palm Harbor, Florida.

In lieu of flowers, the family welcomes gifts in Warrenâ€™s memory to the
Appalachian Trail Conservancy, an organization dedicated to maintaining
a national resource that Warren loved – the Appalachian Trail, a place
where he spent a great deal of time hiking, camping and creating
lifelong memories with friends and family.
https://donate.appalachiantrail.org/default.aspx?tsid=7703

My Thoughts and prayers are with you and your family members. Warren shall be missed.