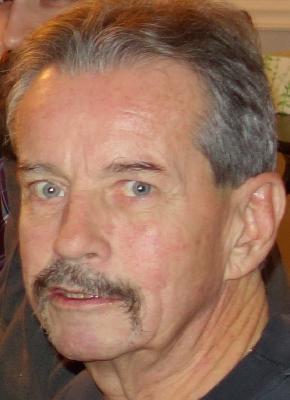 Wayne Thomas Newhouse, 61, passed away on August 30, 2019 in New Port Richey, Florida after a long struggle with many medical issues.
Wayne was born on June 24, 1958 in Hartford, Connecticut and grew up in East Hartford. He was a parishioner of Blessed Sacrament / St. Christopher Parish, a 1976 graduate of George J. Penney High School and a 1977 graduate of United Technical Schools, Automotive Mechanics course. He was a Connecticut resident for most of his life, living at various times in East Hartford, Manchester, Vernon, and Bristol. He was a former employee of Okay Industries in New Britain. In 2014, having had enough of cold weather and snow, he moved to Florida, living in Fort Myers, North Port, and most recently Port Richey. Wayne was a lifelong fan of the Boston Red Sox and New York Giants, and a NASCAR fanatic, particularly of #3 Dale Earnhardt and #8 Dale Earnhardt Jr. He enjoyed keeping in touch with relatives and friends in Connecticut.
Wayne was predeceased by his parents Richard P. Newhouse and Claire Newhouse. He is survived by his brother Richard and wife Barbara, niece Jessica and fiancÃ© David, niece Lisa and husband William, and nephew Christopher and wife Marite. He is also survived by his dearest friend Wanda, her daughter Melissa and her five grandchildren.
Visitation will be on Saturday, September 7, 2019 from 9:30 AM to 11:30 AM at Dobies Funeral Home, 4910 Bartelt Road, Holiday, FL 34690. A funeral Mass will take place at St. Vincent de Paul Roman Catholic Church, 4843 Mile Stretch Drive, Holiday, FL 34690 that same day, at noon. Burial will be private and will take place at a later date.
In lieu of flowers, if you would like to make a charitable donation in Wayneâ€™s memory, the Wounded Warrior Project is suggested.

Wayne you will be missed. Al and Alicia had lots of fun with you at cookout in vernon ct at vernon gardens and eating breakfast in Bristol ct..Wayne God will take care of you now. Prays to you and your family.

Wayne was our neighbor in east hartford, he was 5 yrs younger than myself, we would play cars and trucks in the dirt in his backyard when we were kids,it makes me sad to see him die. He is in a better place.