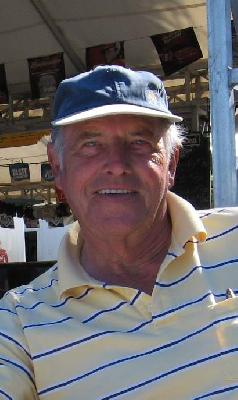 Werner was born in Heidelberg, Germany. He was an only child. He attended the prestigious Helmholtz Gymnasium (high school) and then began an apprenticeship at the Max Planck Institute for Medical Research in Heidelberg. While working there, Werner attended night school, earning a diploma (BS) in chemical engineering from the Heinrich-Lanz-Fachschule in Mannheim.
After he completed his studies Werner married his love of 5 years, Ursula (nee Schubert) in 1960. Their daughter Beate was born the following year.
Out of the blue, Werner received an offer to spend 2-3 years at Harvard University in the United States. He was asked to start on October 1, 1963, but delayed for two weeks due to the imminent arrival of another baby, son Kai. Shortly thereafter, speaking no English and with little money in his pocket, Werner landed in Boston. His wife and children followed two months later. Pursuing the immigrantâ€™s American dream, Werner and Ursula worked hard to build a good life for their family.
Wernerâ€™s short-term fellowship at the Biophysics Research Laboratory at Harvard Medical School became a permanent job. He was valued as a dedicated researcher and respected colleague. At the lab his research covered a number of areas, including the search for genetic predispositions to alcoholism and the potential application of the kudzu plant in the cure of this disease. Werner happily travelled to professional conferences and seminars, and enjoyed working with a cohort of bright scientists from around the world.
Again continuing his studies as he worked, Werner received his MS in 1971 and his PhD in Medicinal Chemistry in 1976 from Northeastern University. He remained at Harvard until his retirement and subsequent move to Hudson, FL, in 2001.
Werner and his family lived for many years in the Jamaica Plain section of Boston, but early on managed to buy a vacation home in southern New Hampshire, first in Harrisville and then on Swanzey Lake. Even after their move to Florida he and Ursula looked forward to every summer at their beloved â€œcottage.â€
Werner had wide-ranging interests. Some of his favorites were financial investing and money management, reading, going to the theater, antiquing, visiting museums and art shows, travelling back to Germany, taking cruises, eating cake, cheering for the Red Sox and Patriots, and – most important of all to him â€“ spending time with family and friends. His greatest joy was in knowing his wife and children were happy.
Werner is survived by his wife Ursula; daughter Beate with husband Richard of West Hartford, CT; son Kai with wife Jennifer of Swanzey, NH; and grandchildren Adam, Emma, Zachary and Sara. We will miss him deeply.

Dear Ursula & Family,
Our hearts ache for you as you deal with your loss.We pray that you will be comforted knowing that all who knew Werner, loved him. He was truly a delightful and intelligent person and we are so proud to have called him a friend. We are grateful for our last visit this past June and so happy you were able to make that trip back too N.H. to spend time with Family. We will treasure our memories of the “fun times” on Darlene Ave. and, Ursula, we will not forget you. Will be in touch soon. Now, I'm off to buy a case of Buckner at Aldi (which
Werner turned me on to!) and will think of those blue eyes and dry humor with each salute.
HaHaHa!!! LOL
With love & affection,
Shirley & Charlie