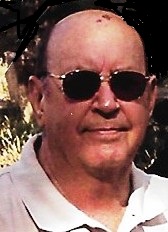 William (Bill) Helm Blount was an intelligent, warm, gregarious man, loved by everyone who knew him. He was born in Gainesville Texas on August 18, 1939. The second son of Bob and Fay Blount, he grew up in Gainesville with his older brother, Bobby, and his younger brother Jim, along with a large extended family of grandmothers, aunts, uncles and cousins. The family moved to San Diego California in the late 1950s where Bill graduated from Hoover high school. He served in the U.S. Navy for 3 years after graduating high school and then went to work for Pacific Bell.

In 1961, he met Barbara Griffin at the First United Methodist church young peopleâ€™s group. They were married on August 8, 1962 and had two daughters, Elizabeth born in May 1963 and Susan, born in December 1965. Bill was a loving and playful father who doted on his daughters. He loved to tell corny jokes and made everyone laugh by making up his own lyrics to popular songs.

Bill had a successful career as a manager at Pacific Bell and when he was given the opportunity to work for AT&T in Washington DC, the family moved to northern Virginia. After Bill retired, he and Barbara lived in Wilmington, North Carolina until Barbaraâ€™s death in January 1997. At that point he moved to the Palm Harbor Florida area to be near Susan and her husband Chris Lockwood, who is originally from the Tampa Bay area.

In January 1998 Bill met Linda Merritt (at Shoneyâ€™s) in Palm Harbor. They were married in May 1998 in Clearwater, Florida. They would have celebrated 20 wonderful years together in May 2018. Unfortunately, that was not to be. Bill died at home with Linda and Elizabeth at his side.

Bill and Linda traveled to various world locations during their many cruises, enjoying and learning about other cultures. They especially enjoyed bowling. Bill bowled a 600 series during these years. They enjoyed playing poker with friends, Texas hold-em being his favorite game. They enjoyed an active, social life together until Billâ€™s health problems made that difficult.

In a blended family, Bill brought a heart of gold into the lives of Lindaâ€™s children: Nikki, Jason and his wife Melaney, and Brian. He has supported her children and daughter-in-law as if they were his own. And for that, we have been truly blessed to know him, to love him, and to have him in our lives. As adults, we have seen Bill as a wonderful man in our motherâ€™s life and a good influence for the rest of us.

Bill has been an exceptional grandfather to his three granddaughters: Casey, Jordan (both from North Carolina), and Kyra. The girls will miss many things about their grandfather, including his colorful Texas phrases; the way he would break out into a cheerful song; and his loving, supportive nature. Casey will especially miss making banana pudding together and their traditional trips to Dunkinâ€™ Donuts whenever she would visit. Jordan remembers how he could make up a song about anything and he could always make you smile. Kyra will miss his singing with her and watching the Backyardigans on TV when she was little.

From all of us, Bill, Rest in Peace. We all love you and will never forget the love you brought to our lives.

Cathy and John Wooley (Friend of Bill and Linda)

Bill was an amazing gentleman, friend, brother, grandfather and husband. It was a pleasure to know him.

will miss you bill…you are a good friend and i wish your family the best while they celebrate your wonderful life…take care big guy !!!

We will miss Bill. He was a wonderful neighbor, which makes us sad we did not know him any earlier.

My thoughts and prayers are with you during this time of grief; I never met Bill but I know from my correspondence with you over the last nearly 20 years you and he had a wonderful life together sharing so much and sadly it had to end much too soon.
As we celebrate Easter Sunday know that Bill is spending his first Easter with Christ who promised us that after the short sleep of death we awake to Christ's promise of a place in heaven and a new life for all eternity.
Peace to all of you.
John