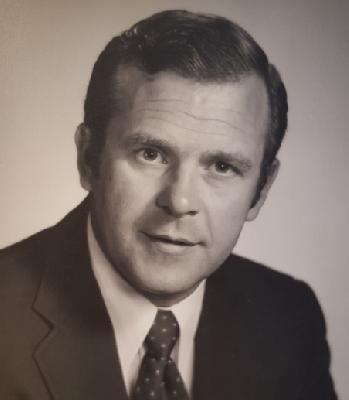 William â€œMikeâ€ Michael Emerson, 79, of Clearwater Florida passed away on May 19, 2018 at Suncoast Hospice surrounded by his loving family. He was born September 4, 1938 to the late William and Dorothy (Slusser) Emerson in Toledo, Ohio.

Mike graduated from Maumee High School in 1956 where he was Class President, Varsity Club President, as well as an active member in many other clubs. He was an outstanding athlete and a member of the basketball and Captain of the football team. In 2008-09 he was inducted into the Maumee High School Hall of Fame. Mike earned his BBA and MBA in finance from The University of Toledo. While at UT, he was a member of the Theta Chi Fraternity.

After graduation he worked for a short time at Columbia Gas Company and Bostwick-Braun. Mike spent the next 25+ years working at Owens-Corning Fiberglas corporate office. He retired in 1992 after a double bypass surgery which led to a major stroke. Mike was a member of Bethel Lutheran Church and Heatherdowns Country Club. He enjoyed mentoring young people through Junior Achievement.

He and his wife moved to Florida in 1994 and lived in Timber Greens, then Heritage Springs, where he played golf and met many friends while relaxing at the pool. Mike spent his last years at Regency Oaks where he became an avid reader.

Memorial donations in memory of Mike may be made to Suncoast Hospice, 5771 Roosevelt Blvd., Clearwater, FL 33760

Many fond memories of Mike . Blessings to his family and the knowledge of God's promise of eternal life.